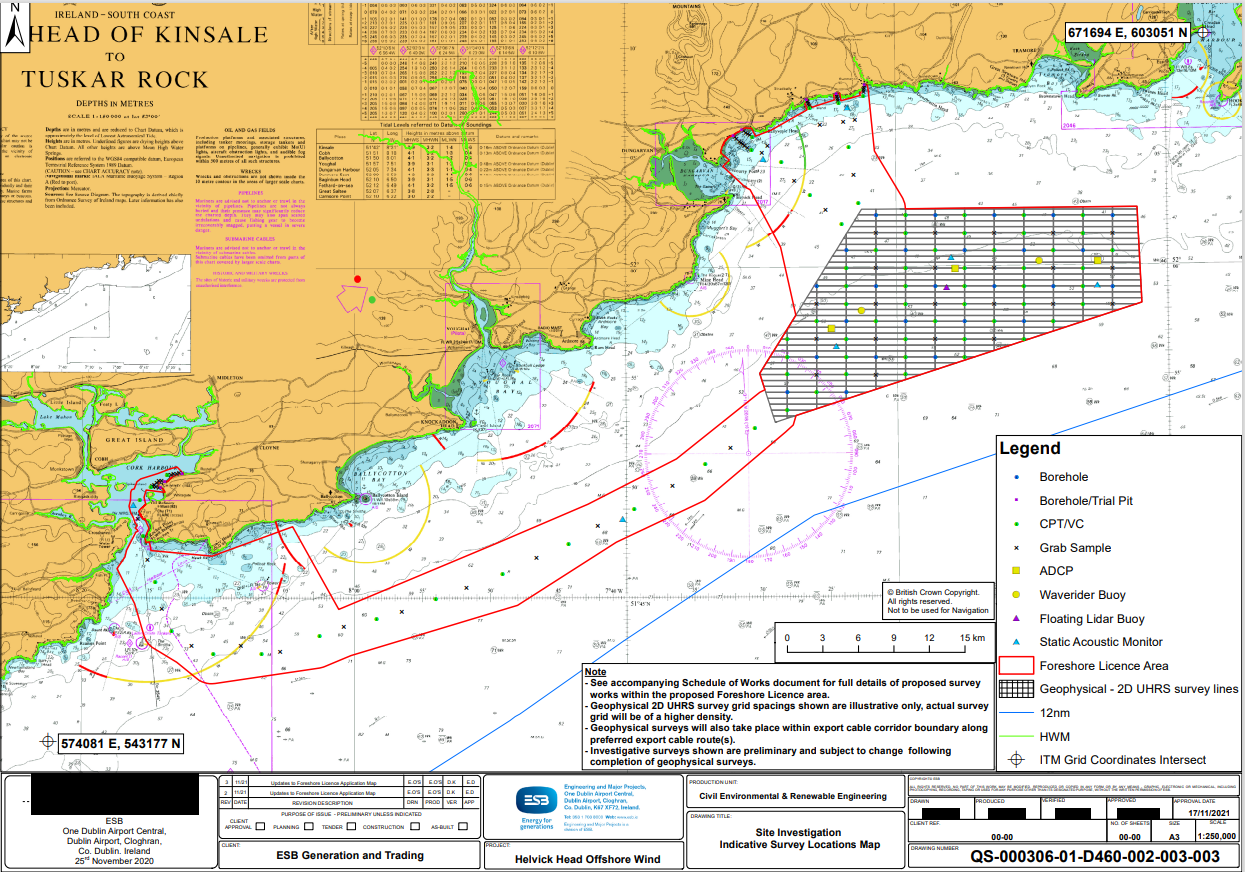 ESB has applied for a foreshore licence for site investigation works in an area offshore Ireland where it plans to build a wind farm with an installed capacity of between 700 MW and 800 MW.

The site is located to the south of County Waterford and to the southeast of County Cork. There, ESB plans to build its Helvick Head Offshore Wind project, one of five offshore wind farms the Irish company is looking to bring to realisation in its home country.

The wind turbine array area is approximately 10 kilometres from the coast at its nearest point and the potential export cable corridors extend from the array site to the shore where cable(s) will landfall, somewhere around Cork Harbour or Dungarvan Harbour, according to the maps accompanying the application documents.

Site investigation survey works are proposed for both the wind turbine array site and the export cable corridors and the potential landfall locations.

This Foreshore Licence Application relates to geophysical, geotechnical, metocean, and environmental surveys, all of which are required to inform the overall project feasibility, conditions at the site and along the potential cable routes.

The company’s wholly owned subsidiary, ESB Wind Development Limited, submitted the application to the Department of Housing, Local Government and Heritage on 24 November 2021, which the Department put up for public consultation on 14 February for a period of 30 days.

The 700 MW-800 MW Helvick Head is one of the offshore wind projects that ESB was developing together with Equinor, until the Norwegian company last year decided not to continue with offshore wind development in Ireland.

At the end of last year, ESB applied for a licence to carry out site investigations for the Sea Stacks Offshore Wind project. 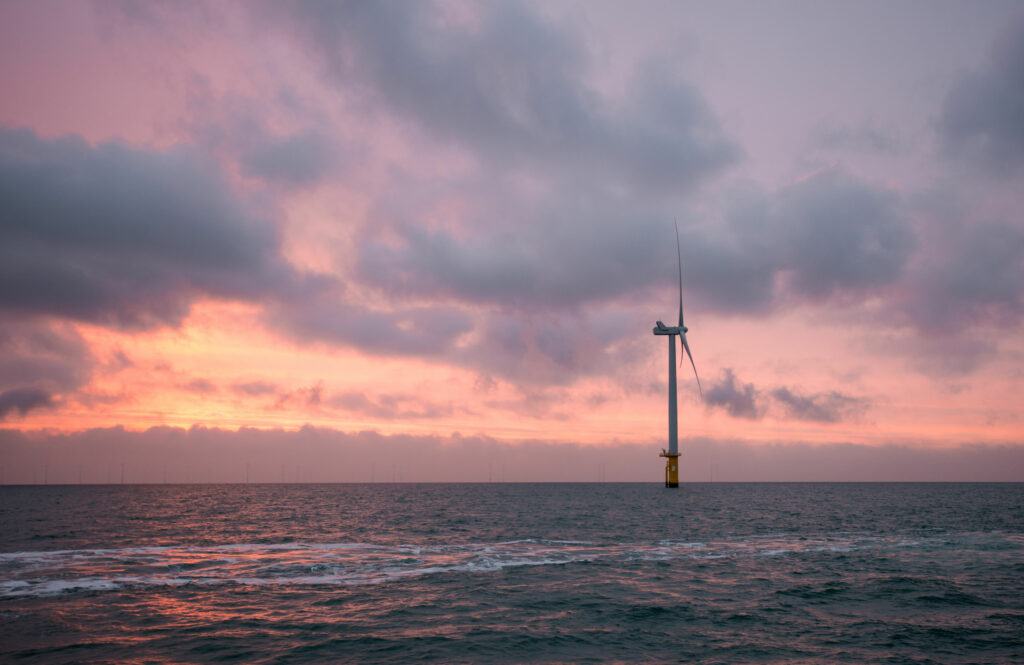