Norwegian shipowner Norside has bought a platform supply vessel (PSV) from Ulstein’s investment arm Blue Ship Invest and will convert it into a walk-to-work vessel for the offshore wind industry.

The vessel, a PX121 design by Ulstein, was built by Ulstein Verft and delivered under the name Blue King in 2016. In 2019, it was taken over by Sverre Farstad & Co. and renamed Farland.

The conversion will see the PSV being fitted with a new accommodation module, a battery package, and a gangway and cranes. Currently capable of accommodating 22 people, the future W2W vessel will have room for 60 persons.

The vessel will operate under the new name Norside Cetus and will be managed by Vestland Offshore, the same company that operates two other vessels Norside previously upgraded for offshore wind work.

Namely, back in 2016, Norside converted Vestland Cygnus, also a former PSV, to serve as an offshore wind farm service vessel.

In 2020, Vestalnd Offshore was assigned management of Norside Supporter, an offshore support vessel (OSV) built in 2014 and upgraded in 2020 at Fjellstrand shipyard.

Norside Supporter has been equipped with a 23-metre-long gangway system for walk-to-work operations, increased accommodation facilities, and boat landing for crew transfer vessels (CTVs), among other things.

Photo: Ulstein; The vessel during a naming ceremony after being taken over by Farstad. 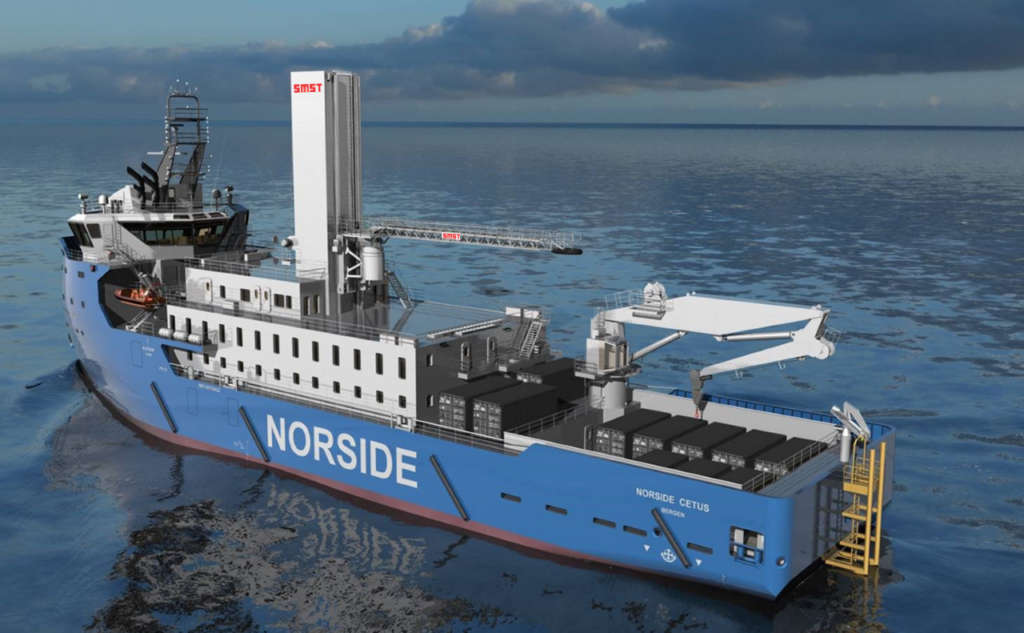