The State of New York will make a USD 500 million investment in offshore wind, hold a new auction in 2022, and explore its floating wind potential, New York Governor Kathy Hochul revealed in her 2022 State of the State.

New York will invest up to USD 500 million in the ports, manufacturing, and supply chain infrastructure needed to advance its offshore wind industry, leveraging private capital to deliver more than USD 2 billion in economic activity while creating more than 2,000 good-paying green jobs.

”I am proud to make New York a leader in offshore wind and renewable energy. We must harness the potential of offshore wind to fuel our economy forward and meet our ambitious climate goals.”

Governor Hochul’s offshore wind plan will build on more than 6,800 direct jobs, a combined economic impact of USD 12.1 billion statewide, and more than 4.3 GW of energy, which is enough to power nearly three million New York homes, representing half of New York’s 2035 goal.

This investment is expected to ensure that New York has the strongest offshore wind energy market along the US Eastern Seaboard, and enable the State to be the offshore wind supply chain hub for other projects up and down the coast.

The New York State Energy Research and Development Authority (NYSERDA) will launch its next offshore wind procurement in 2022, which is expected to result in at least 2 GW of new projects, enough to power 1.5 million homes, bringing the state’s combines total to more than 4.5 million homes powered by offshore wind.

NYSERDA will couple this procurement with the USD 500 million offshore wind infrastructure investment to obtain maximum leverage for New York, the Governor said.

Governor Hochul has also announced that NYSERDA will initiate a new Master Plan 2.0: Deep Water to ”unlock the next frontier of offshore wind development.”

The new plan is said to build on the success of New York’s Offshore Wind Master Plan.

Alongside these new actions, New York will begin construction on the state’s first offshore wind project, the South Fork Wind Farm, in early 2022. 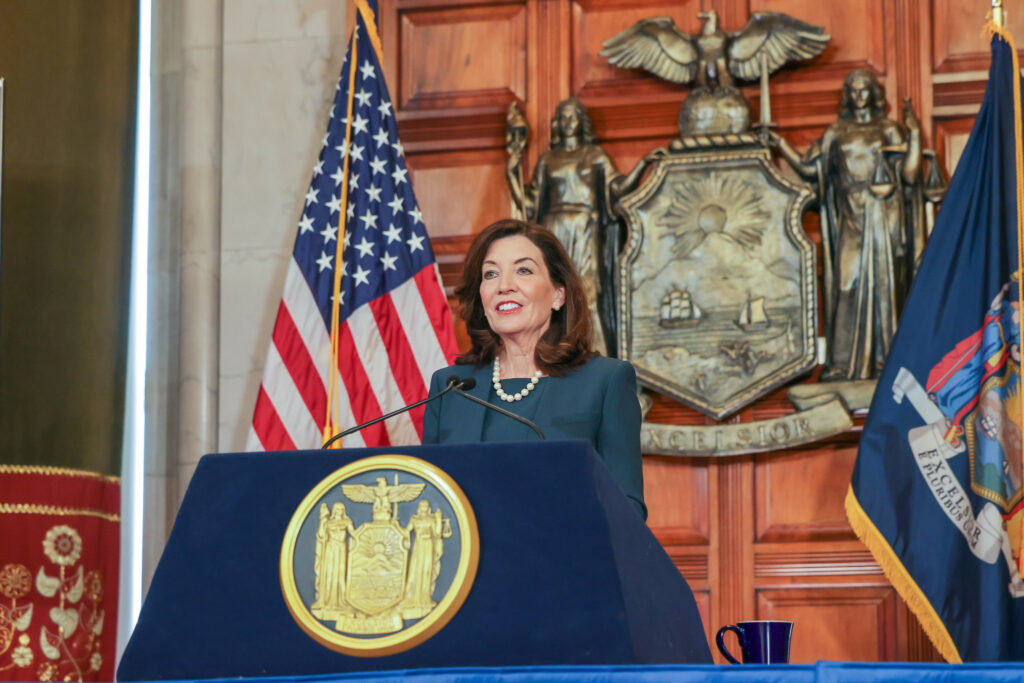