The Finnish government’s Committee on Economic Policy has approved a proposal for an auction model to be applied to the leasing of public water areas controlled by Metsähallitus for the development of offshore wind farms.

The first auction is expected to take place in 2023–2024 and will cover three to four areas suitable for offshore wind power, the Finnish government said

The construction of offshore wind power on market terms has not been profitable in Finland so far, but profitability is expected to improve in the next few years due to, among other things, technological advancements, according to the government.

The developers’ interest in Finland’s sea areas has therefore grown and is also directed at the water areas managed by Metsähallitus, the enterprise in charge of managing the state’s lands and waters.

New wind power projects are also needed to achieve Finland’s climate and energy policy goals. Finland’s goal is to be carbon neutral in 2035 and carbon negative soon after, and the role of wind power and other renewable energy as an energy source is therefore growing significantly. The European Union has also set ambitious targets for the development of offshore wind capacity in the Member States.

”We will need plenty more clean electricity in the coming decades to meet the needs of industry and society as a whole. It is therefore of paramount importance to create a clear and predictable regulatory environment for future offshore wind investments,” said Minister of Economic Affairs Mika Lintilä.

The operating model advocated by the Committee of Ministers implements the objectives of the Government Program and Metsähallitus’s ownership policy guidelines, according to which Metsähallitus’s tasks also include creating operating conditions for business operations.

The proposal also implements Finland’s international commitments and takes into account both environmental aspects and the management of responsibility and environmental risks. The operating conditions of merchant shipping and national defense have also been taken into account in the proposal.

The auction model does not apply to the province of Åland, nor to offshore wind projects in the Finnish EEZ. The operating model of the exclusive economic zone will be specified later.

Metsähallitus will initially make preliminary studies of the water areas and select the areas to be auctioned, taking into account the overall benefit of society. Depending on the significance of the project, the Government or the Economic Policy Committee will approve the Leased Areas and the terms of the auction prior to the start of the auction. They can also set minimum prices for the lease of the areas. The auction does not include the provision of financial support to the winners of the process, the government said.

”The auction model for water areas leased for offshore wind power has been created on the basis of Metsähallitus’ experience with onshore wind power projects together with ministries and other administrations as well as actors in the energy sector,” said Minister of Agriculture and Forestry Jari Leppä.

The role of Metsähallitus will only be to promote projects. The winner of the auction is responsible, among other things, for applying for the necessary permits and, after signing the contracts, can develop the area in a way that suits them.

The winner or winners of the auction will have the exclusive right to develop the project, apply for construction permits, build offshore wind farms and generate electricity in the offshore area. As the planning and licensing of offshore wind projects takes up to 5-10 years, it is important to start project development in good time and the responsibility for development is transferred to the operator or operators at an early stage, the government said. 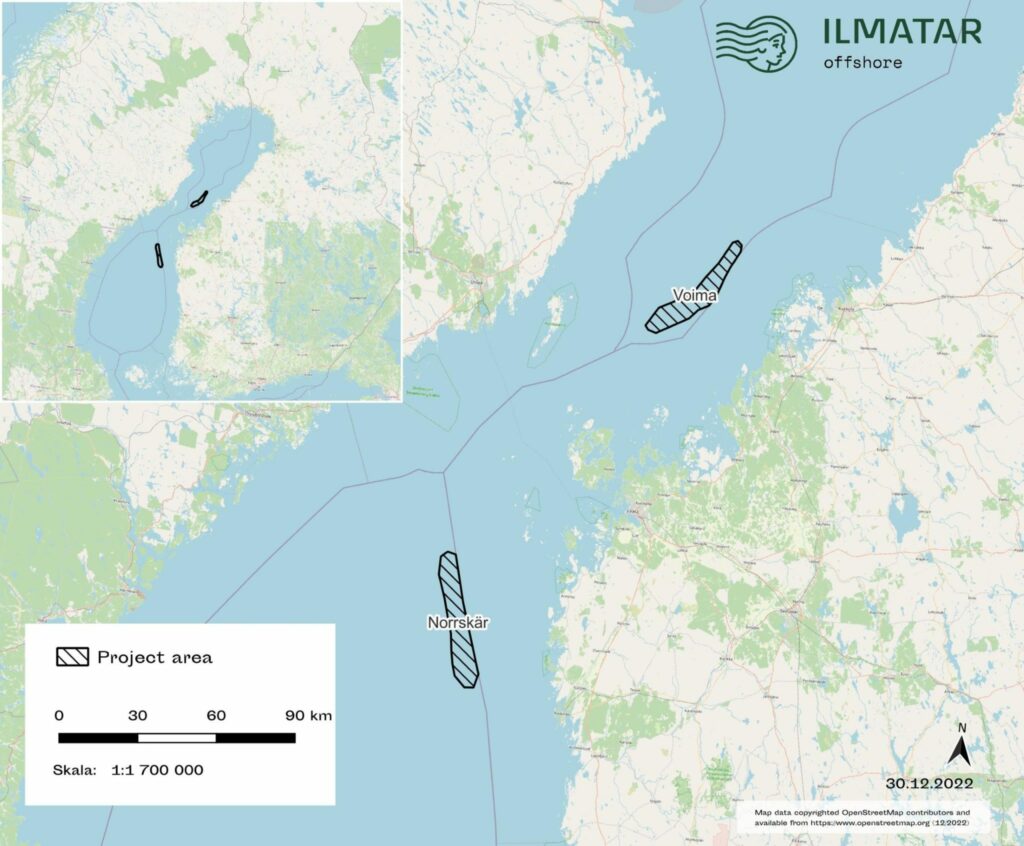