Marshalling operations for wind turbine parts are underway at Able Seaton Port in Hartlepool for what will be Scotland’s biggest, and the world’s deepest fixed bottom offshore wind farm – the 1.1 GW Seagreen.

In the last few weeks, SSE Renewables and joint-venture partner TotalEnergies announced that the installation of turbine foundations has commenced at the project site 27 kilometres off the Angus coast in Scotland.

It can now be revealed that the delivery of parts for the project’s Vestas V164-10.0 MW turbines, including blades, nacelles, and the supporting towers to Vestas’ base in the North-East of England is well underway, SSE Renewables said.

When in full production, the Able Seaton site will support approximately 100 full-time employees, including technicians for the installation of the wind turbines, crane personnel, supervisors, quality inspectors, warehouse workers, and other staff, SSE Renewables said.

First power is expected in spring 2022 with the 114-turbine wind farm expected to be fully commissioned in 2023.

”Our collaboration with Able UK at the Able Seaton Port in Hartlepool for the pre-assembly scope of the Seagreen project has been truly exceptional,” Allan Birk Wisby, Project Director at Vestas, said.

”For a project the size of Seagreen, with technology the size of our V164-10.0 MW turbines, the pre-assembly port selection is of utmost importance and Vestas’ requirements have been well-met by Able Seaton Port. Now, Vestas is committed to delivering the Seagreen project along with SSE Renewables and TotalEnergies safely and on schedule by 2023.”

”With work on the Seagreen project now well underway, it is fantastic for us to be looking forward to a point when we will be installing the 114 turbines as site,” John Hill, Project Director of the Seagreen Project, said.

”It is great to see the project will benefit the UK supply chain, not only at Able Seaton but in the Isle of Wight where 87% of the blades from Seagreen have been manufactured. I look forward to seeing the first turbine installed at site in the near future.” 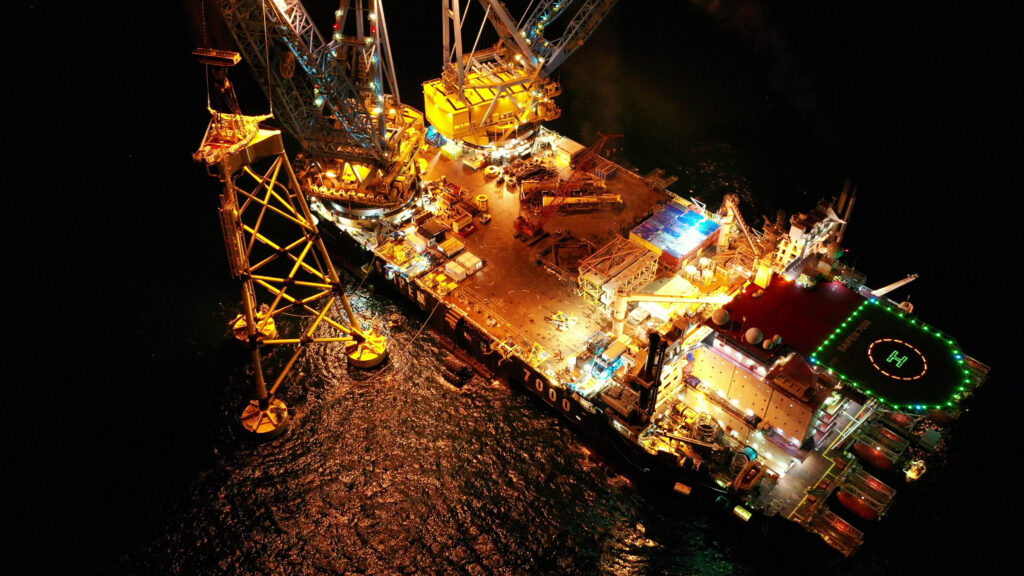