The Taranto offshore wind farm, also known as Beleolico, is located near the Taranto harbour in Italy and consists of ten MySE 3.0-135 wind turbines provided by MingYang Smart Energy.

The mobilization of the vessel was carried out in the last two weeks in the Rotterdam area, taking a variety of equipment on board including a Menck hammer, sea fastening, upend tool and lifting equipment, Van Oord said. ​​

The vessel is said to be perfectly suitable for the works in the Mediterranean Sea because it can handle both the very shallow and deeper water locations as water depths at the site vary from four to eighteen metres.

During the pile driving activities, Van Oord will deploy its in-house developed FaunaGuard acoustic device which is said to safely and temporarily deters dolphins by using special underwater acoustics.

Van Oord signed a contract with Renexia SpA, a subsidiary of Toto Holding, for the transport and installation of the foundations and turbines.

The wind farm is scheduled to be fully commissioned in 2022 and provide about 55,600 MWh of electricity per year, enough to meet the demand of around 18,500 households, Renexia said. 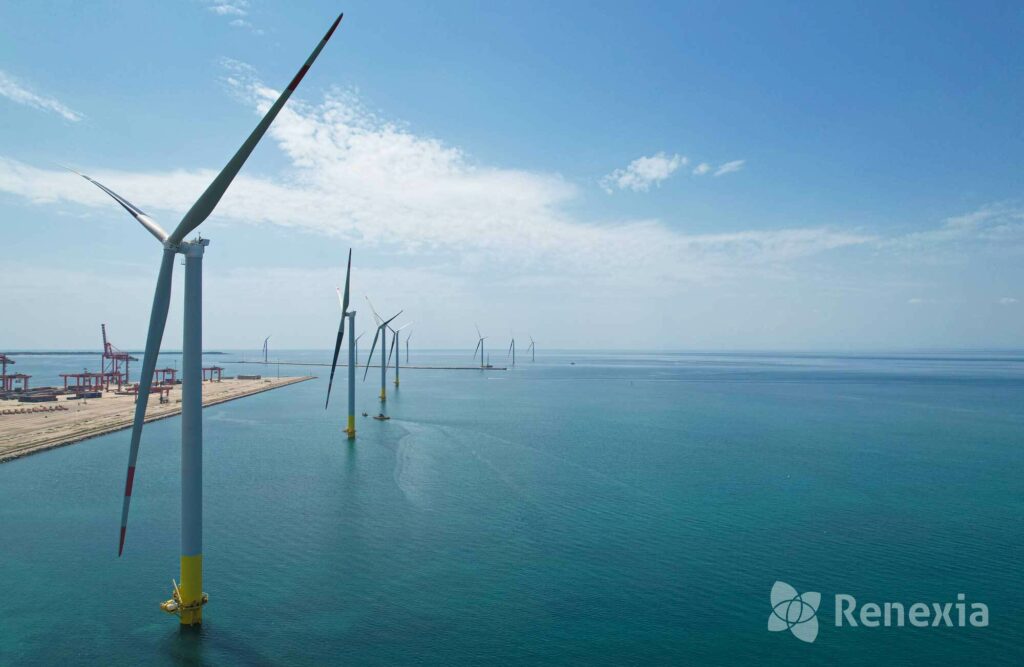