“The programme aims to lead the way in embedding a circular economy approach at the heart of the offshore wind sector as it strives to achieve Net Zero: creating a zero-carbon, zero-waste economy for materials and manufacturing”, ORE Catapult states.

RWE, which aims to become carbon-neutral by 2040, will be supporting the CEWS JIP over three years, during which time the programme will bring together industry, academia, research and development organisations, and government agencies to tackle the critical challenges identified in achieving zero waste, including decommissioning costs, recycling, end-of-life and repowering strategies.

“As a global market leader in offshore wind RWE is committed to expanding its UK offshore portfolio in support of decarbonising industry and as a green energy supplier for the future production of green hydrogen. RWE has clear carbon reduction targets, and so recognise the importance of being a front runner in this joint industry project”, said Sven Utermöhlen, Chief Operating Officer (COO) Wind Offshore Global of RWE Renewables.

Currently, there is a lack of planning for disposal, decarbonisation and potential reuse of decommissioned offshore wind turbine components. Despite around 80-85 per cent of the weight of a wind turbine being recyclable, turbine blades especially still represent a significant challenge to the environment, for which the industry is working hard to find a solution, according to ORE Catapult.

The Circular Economy for the Wind Sector (CEWS) project will investigate new solutions for the bulk recycling of wind turbine blades, and the use of techno-economic analysis to assess their suitability for large-scale redeployment.

As part of the project, ORE Catapult aims to lead and facilitate the development of industry best practice and the supporting tools for the detailed understanding of “true” end-of-life potential for pilings, to reduce the environmental and ecological impacts.

As well as the reuse, recycling or sustainable disposal of decommissioned offshore wind turbines, CEWS aims to lay the foundations of a new circular economy supply chain for the sector, allowing wind turbine components to be disposed of in the best possible way.

ORE Catapult’s new project is one in a series of moves within the industry towards lowering its environmental footprint, which include the recent announcements from Vestas and Ørsted, among others.

Earlier this year, ORE Catapult released findings from a report issued by the Energy Transition Alliance (ETA), which states that at-scale recycling of offshore wind turbine blades could create 20,000 new jobs in the offshore wind sector. 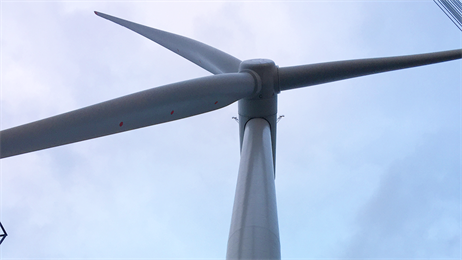