The wind turbine installation is being carried out by Fred. Olsen Windcarrier’s jack-up vessel Blue Tern which recently replaced Bold Tern on the project.

The first turbines were installed by Bold Tern some 22 kilometres off the Aberdeenshire coast during the second half of January.

The wind farm exported its first power to the national grid via its new substation south of New Deer in Aberdeenshire, Scotland on Saturday, 5 June.

The full commissioning is scheduled for 2022. 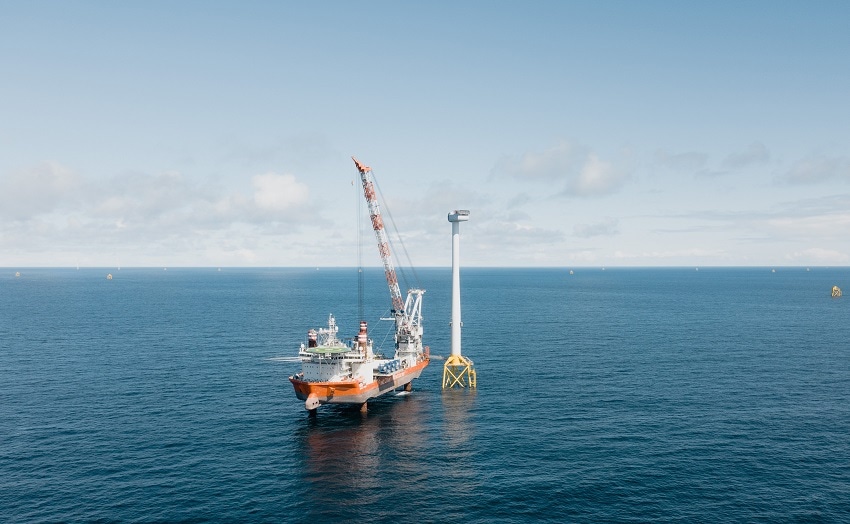