The wind turbine towers and foundations at the Middelgrunden wind farm offshore Copenhagen have ”…at least 30 good years left…”, according to initial analysis commissioned by HOFOR.

The analysis of the wind farm’s towers and foundations was carried out by R&D Engineering.

As previously reported, HOFOR plans to extend the operating lifetime of the 20-turbine Middelgrunden wind farm by several decades. The 40 MW wind farm was commissioned in 2001.

”We have inspected the turbines and thoroughly analyzed how the stand is on all the individual parts and elements of the tower and foundations. As expected, the structural integrity is generally good here after about 20 years of operation,” said Peter Winther, Key Account Manager at R&D Engineering.

HOFOR is now ready to carry out the work that can ensure that the turbines on Middelgrunden can continue to produce green electricity after the year 2026 when the current operating license expires. HOFOR is, however, awaiting approval from the relevant authorities which is necessary for the turbines to continue operating beyond 2026.

”Our project is dependent on the Danish Energy Agency extending the turbines’ operating license for a sufficiently long number of years. If we can only get permission to extend the operation for, for example, 5-10 years, it will be difficult to make the finances of the project cohesive,” said Jan Kauffmann, director of Finance and Business at HOFOR.

The pilot project has the financial backing of the Danish Energy Agency through the EUDP’s Energy Technology Development and Demonstration Program.

Initially, one of HOFOR’s wind turbines will be designated to undergo the restoration and recycling project.

If successful, the process will be applied to HOFOR’s remaining nine turbines, at least. The project could be extended to include the wind turbines owned by Middelgrundens Vindmøllelaugs as well.

HOFOR expects to be able to start extending the life of the wind turbines at Middelgrunden during the next year. 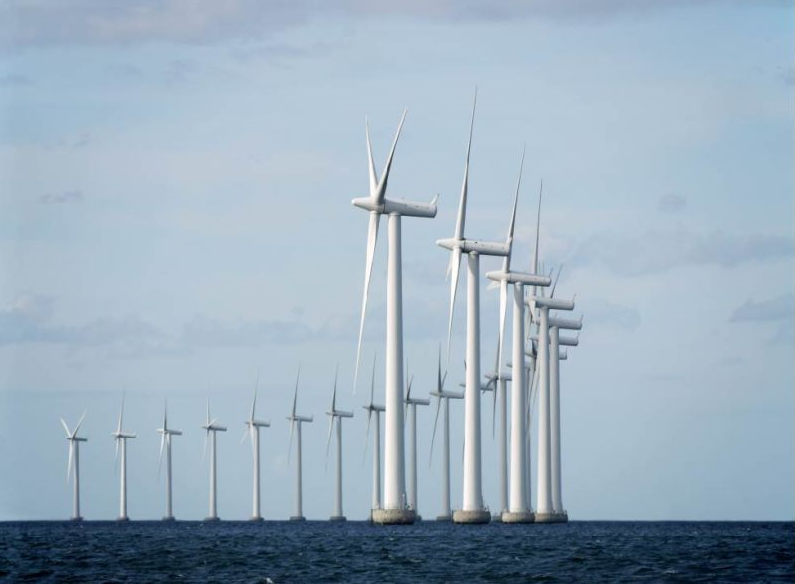