Amazon is in talks with power utilities and trading houses in Japan as the tech giant is looking to build a renewable energy plant that would power its data centers in the country, Nikkei reported on 13 May. One of the options reported to be on the table is an offshore wind farm.

The government of Japan launched the country’s first-ever auction for fixed bottom offshore wind projects within the country’s General Common Sea Area on 27 November 2020, with the tender remaining open until 27 May 2021.

Several projects have been proposed to be built off Akita. In May last year, a consortium of eight Japanese companies announced it would jointly bid to develop a 480 MW offshore wind power project in the Prefecture. Another consortium, with plans for a 700 MW offshore wind farm, also announced its participation in the auction in July 2020.

In December 2020, the company inked a ten-year corporate power purchase agreement with Ørsted to offtake the output of 250 MW from Ørsted’s planned 900 MW Borkum Riffgrund 3 offshore wind farm in Germany.

Two months later, Amazon signed an agreement with Shell and Eneco to offtake clean electricity from the 759 MW Hollandse Kust Noord offshore wind farm being built in the Netherlands. Starting in 2024, Amazon will offtake a total of 380 MW from the wind farm, 250 MW from Shell and 130 MW from Eneco.

This April, the US technology company announced nine new utility-scale wind and solar energy projects in the UK, including a 350 MW offshore wind farm off the east coast of Scotland.

The company intends to power 100 per cent of its activities with renewable energy by 2025, five years ahead of the original target of 2030.

”Amazon continues to scale up its investments in renewable energy as part of its effort to meet The Climate Pledge, our commitment to be net-zero carbon by 2040,” said Jeff Bezos, Amazon founder and CEO. 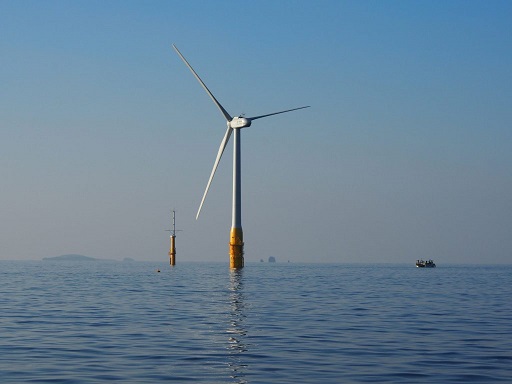