Eneti Inc. is in advanced discussions with several American shipbuilders for the construction of a Jones Act-compliant wind turbine installation vessel.

This vessel would be constructed, financed, and operated by American citizens in compliance with the Jones Act, in order to address the heightened demand for transportation and installation capacity on the Continental Shelf of the United States, the company said.

”We are laying the groundwork for a Jones-Act compliant WTIV to address the American mandate for offshore wind development,” Emanuele A Lauro, Eneti’s Chairman and Chief Executive Officer, said.

”The growing calls for a safe, efficient, American-constructed and American-operated asset have been clear and loud. We are intent on providing a state-of-the-art solution to our customers so that they can comply with the Jones Act as they bring renewable energy to the U.S. consumer.”

Currently, there is only one Jones Act-compliant WTIV under construction, ordered by Dominion Energy and expected to start operating in 2023.

The NYSE-listed company is in the process of selling its dry bulk fleet, and has just placed an order for its first WTIV at South Korea’s DSME.

Scheduled to be delivered in the third quarter of 2024, the WTIV will be capable of installing up to 20 MW turbines at depths of up to 65 metres of water, the company said. 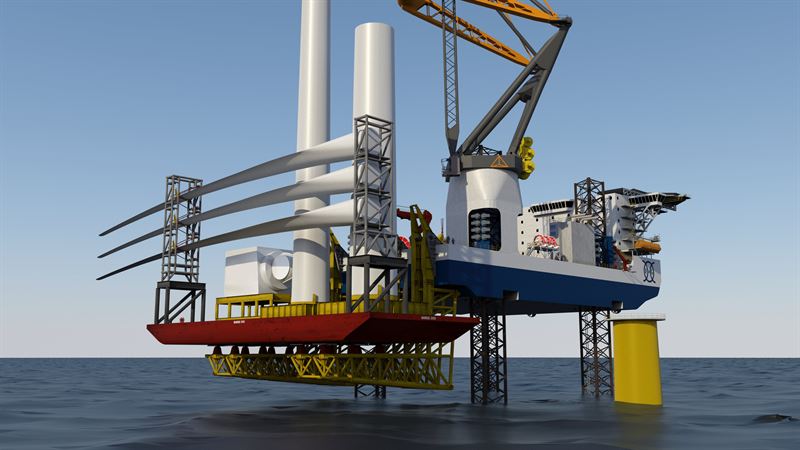