This decision was made after a series of public debates led by the CPDP, a commission set up to lead public debate, between 14 September and 20 December 2020.

EMD and RTE plan to submit permit applications for the project in the second half of 2021.

A period of continuous consultation, under the auspices of a moderator appointed by the national public debates agency, will be established in the lead-up to a public inquiry expected in the second half of 2022.

The offshore wind project which will be up to 600 MW in capacity, will contribute towards the French objective of generating 40% of electricity from renewable sources by 2030.

By 2027, the wind farm is set to generate enough carbon-free electricity to cover the annual consumption of close to one million inhabitants, or one-third of the population in the Nord department of France, the developers said.

In February 2021, the CPDP, which was appointed by the French national public debate agency, published its report on the debate and its recommendations for the developers of the Dunkirk offshore wind project.

The development of the offshore wind project will be supported by the following priorities:

”As the leader in France’s offshore wind segment, holding four of the already seven projects awarded by the government, EDF supports the development in this technology which has many assets. Three of these projects are now under construction along the French coasts and mobilize many jobs. EMD’s dedicated teams for the project off the coast of Dunkirk are committed to working with local stakeholders and residents to make this economic, ecological and social project a showcase for the energy transition in the Dunkirk region, which combines energy efficiency with a diversified mix. The project is perfectly aligned with EDF’s CAP 2030 strategy of doubling its net installed capacity from 28 GW to 60 GW between 2015 and 2030.”

During its construction phase, the Dunkirk offshore wind farm project will provide 850 direct jobs and more than three times as many indirect and related jobs, the developers said.

During the operational phase, around 50 direct, sustainable jobs will be created at the maintenance hub, which is planned for the Quai des Monitors in Dunkirk’s Grand Port Maritime.

The Dunkirk offshore wind farm will be comprised of a maximum of 46 wind turbines in an area of less than 50 square kilometres.

The site possesses strong and steady winds, and also suitable seabed, which will enable the generation of electricity at a rate of EUR 44 per MWh.

Matthew Akman, Senior Vice President of Corporate Strategy and Power, Enbridge Inc., said: ”Enbridge is excited to participate in this next development phase of the Dunkirk offshore wind project. We have been active in the renewable power industry in France since 2016 and are pleased to extend our involvement with this project. We will continue to expand the renewable power business in a manner that aligns with our rigorous capital allocation approach. This growing part of our company also supports the transition to a lower-carbon economy and our industry leading ESG profile.”

The electricity generated at the Dunkirk wind farm will be carried to RTE’s grid through a connector of between 20 kilometres and 25 kilometres linking an offshore connector, where the cables from EMD’s wind turbines will meet, to an onshore substation.

”RTE is becoming a key player in the offshore wind sector. As a guarantor of the country’s energy stability, our role is to ensure that at any moment, as it is produced, low-carbon electricity can be delivered where it is needed,” Xavier Piechaczyk, Chairman, RTE, said.

”RTE has connected and supported 15 French offshore projects. To achieve this, we have worked as a developer that listens to local people, serves the needs of local areas and establishes its projects with the lightest possible footprint.” 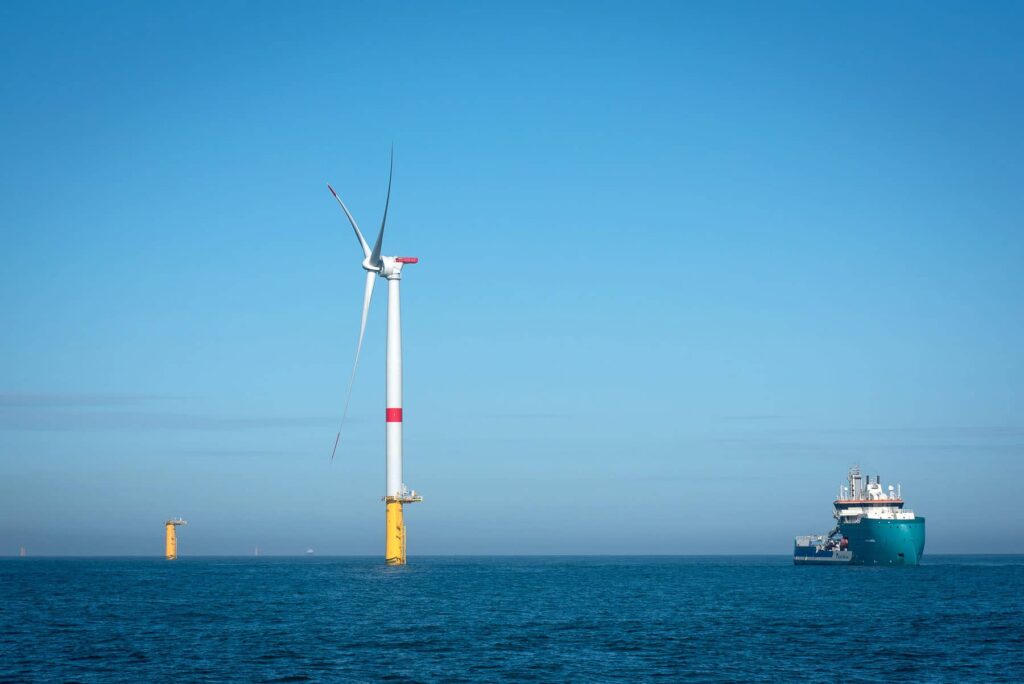