Leading offshore wind developer Ørsted has suggested that a scour protection method which left the inter-array cables unstabilised could be the potential reason for an up to DKK 3 billion (EUR 403 million) issue across up to ten wind farms in Europe.

As reported earlier, Ørsted first became aware of the problem earlier this year during an inspection after an outage at the Race Bank wind farm offshore the UK.

The issue occurs when the cable protection system (CPS) moves across the scour protection, the rocks placed on the seabed around the foundations to avoid seabed erosion, abrading the CPS and in the worst-case scenario causing the cables to fail.

It appears now that the second layer of rock placed on top of the cables could have prevented the damage to the CPSs.

”For the first many wind farms we built we had another solution. First we had rocks around a monopile, then we had a cable coming out, and then we put rocks on top again,” Marianne Wiinholt, Ørsted’s Chief Financial Officer, said in a conference call about the company’s Q1 2021 results.

”Then, together with the industry, we thought that there was a better solution, and therefore we did not put the additional second rock layer on top. That was believed to be the best solution and we used that for ten of our wind farms. We have now found out that this is not a good solution, so for the wind farms we are constructing now, Hornsea Two and Changhua 1 & 2a we are stabilising the cables again.”

When asked if this could be a generic problem for offshore wind operators and owners, Wiinholt said that the method where the inter-array cables were left unstabilised was adopted industry-wide at the time.

Ørsted also added that the EUR 403 million price tag is the worst-case scenario and that the expected maximum expense covers both the rock installation work and the potential CPS and cable repairs and replacements that might occur across the ten wind farms.

Phase two includes the repair or replacement of damaged cables and will be done in 2022 and 2023. 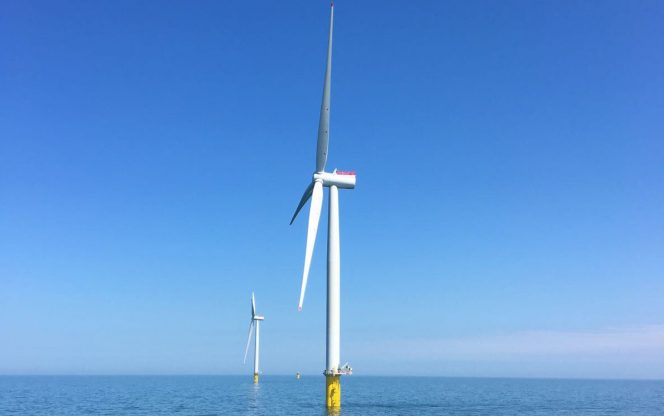