Vattenfall reported a lower earnings contribution from its Wind operating segment in the first quarter of the year, which stood at SEK 400 million (approx. EUR 39.5 million), mainly due to lower wind speeds and lower availability of offshore wind.

The company posted a 11 per cent net sales decrease in the first quarter of 2021, compared with 2020, and an underlying operating profit drop of 18 per cent. This is mainly contributed to lower wind speeds and more maintenance work, and thereby lower availability of offshore wind, and it was partly offset by higher electricity prices and the sale of a Swedish onshore wind farm which was a develop-to-sell project.

Electricity generation saw a decrease in the first quarter due to lower wind speeds and maintenance work, which was partly offset by new capacity from the Kriegers Flak offshore wind farm in Denmark and the Princess Ariane onshore wind farm in the Netherlands.

Wind turbine installation at the 605 MW Kriegers Flak started in January and it continues according to plan despite Covid-19 restrictions, the developer said. So far, half of the total of 72 turbines are installed and the wind farm is already generating electricity.

Once fully operational by the end of 2021, Danish Kriegers Flak will generate enough wind energy to cover the annual electricity consumption of approximately 600,000 households.

In terms of its offshore wind business, among the items affecting comparability, Vattenfall posted a capital loss of SEK -100 million (around EUR -10 million) related to the disposal of a partially owned offshore wind farm in the Netherlands.

In the Netherlands, the company recently sold its share in NoordzeeWind, the owner and operator of the 108 MW Egmond aan Zee offshore wind farm, to Shell. The wind farm has been operational since 2007. It comprises 36 Vestas V90-3.0 wind turbines installed 10 to 18 kilometres off the coast of Egmond aan Zee. 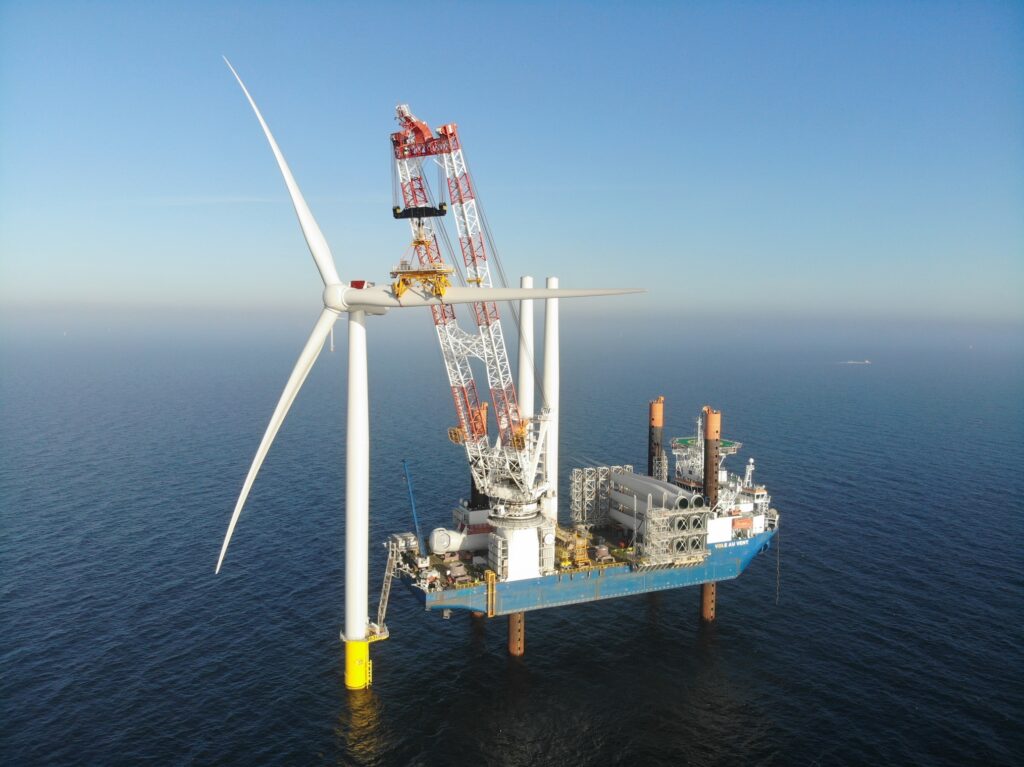