Great Lakes Dredge & Dock (GLDD) has contracted Ulstein for the integration engineering for the first Jones Act compliant subsea rock installation vessel dedicated to the U.S. offshore wind market. The new contract follows the one for Basic Design, which GLDD awarded to Ulstein in December 2020.

The scope of work includes the selection of vessel main equipment with integration engineering plus the start of detail design. Awarding this contract is intended to advance the engineering work, ensuring the vessel is on schedule to meet its operational target, according to Ulstein.

The vessel will be built by a yet-to-be-selected U.S. shipyard and will initially serve the East Coast. GLDD believes the vessel will also be available as offshore wind projects develop along the Gulf and West Coasts.

Pending federal permitting and regulatory approvals, as well as a final investment decision, the rock installation vessel will be operational by Q2 2024, to coincide with major offshore wind project construction timelines.

“Given the priority the White House has placed on the offshore wind market, special-built vessels such as this will serve as the critical foundation for the advancement of this key industry”, said Mike Greenwood, Sr. Project Sponsor at GLDD.

In March, the U.S. announced a national target of 30 GW of installed offshore wind capacity by 2030. The target is a centerpiece of a newly introduced plan by the Biden Administration to jumpstart offshore wind energy and create tens of thousands of jobs in the sector over the next decade.

To achieve the goal, the Department of Interior’s (DOE) Bureau of Ocean Energy Management (BOEM) plans to advance new lease sales and complete review of at least 16 offshore wind Construction and Operations Plans (COPs) by 2025. 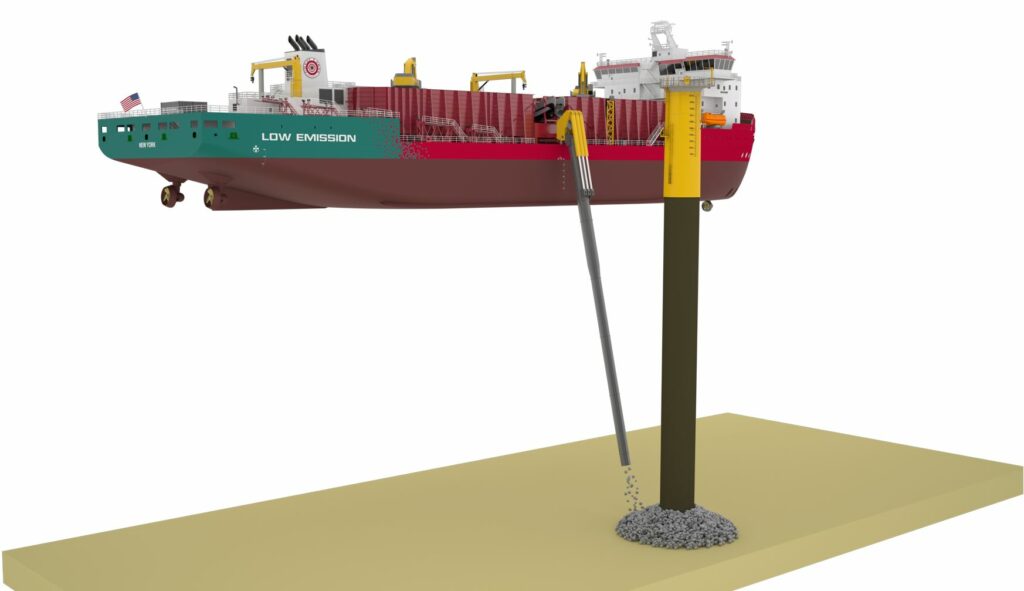