Falco Drone Technologies will commence trials of a prototype of its new drone in 2021, which is said to play a vital role in floating offshore wind inspection and maintenance.

In summer 2021, launch and recovery trials will begin at ORE Catapult’s Levenmouth Demonstration Turbine off the Fife coast.

The newly developed drone addresses limitations of the existing drone technology in flight times and flying in adverse weather. With exposed offshore installations, such as floating wind turbines installed much farther offshore, high winds are reducing flight times and grounding most drones in wind speeds over 25 mph.

“Our technology allows for drastically improved flight performance of multirotor drones by mimicking bird flight”, said Falco Drone Technologies Director, Patrick Maletz. “The technology allows drones to efficiently harness local wind energy to supplement lift whilst being able to fly long distances with the efficiencies of a plane, perfectly blending the benefits of fixed wing and multirotor aircraft. The typical flight time for a conventional battery powered drone is at most one hour and often much less. We believe that we can increase this up to six hours”.

The project is supported by Marine-i, partly funded by the European Regional Development Fund and designed to help the marine tech sector in Cornwall and the Isles of Scilly in research and innovation. 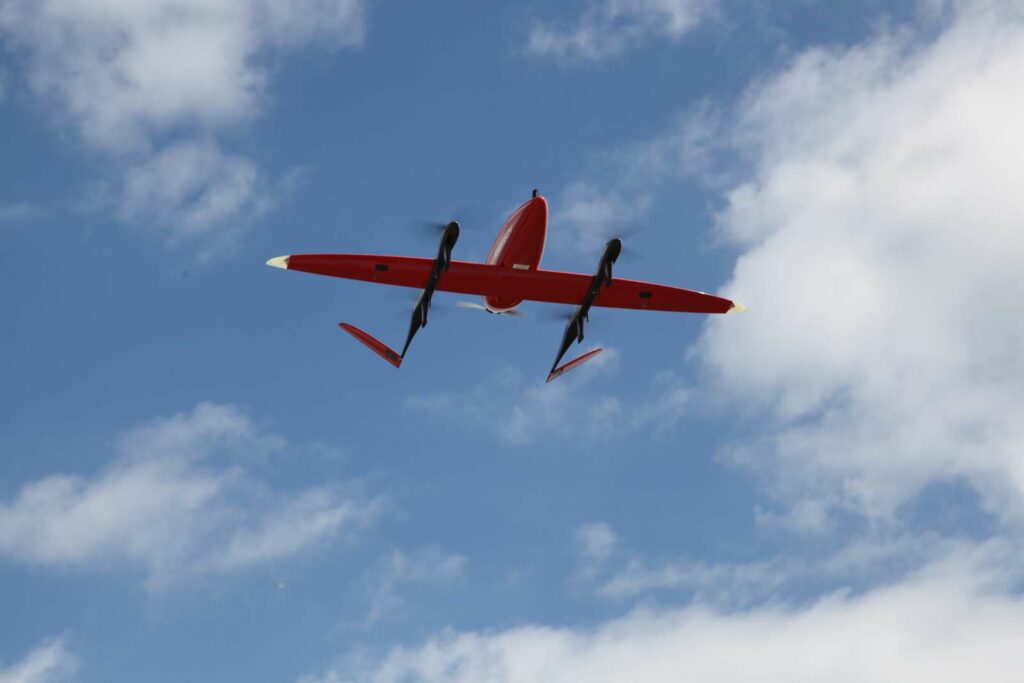