Doosan Heavy Industries & Construction has signed a memorandum of understanding with Korea South-East Power Company (KOEN) for the promotion of offshore wind projects in South Korea.

The two companies agreed to cooperate on offshore wind farm projects with a combined capacity of 2 GW being developed by KOEN in Gyeongin, Southwestern regions, and Jeju island, as well as on the development of megawatt-class floating offshore wind power systems and complexes.

Doosan and KOEN also agreed to engage in technology exchanges for the commercialization of an 8 MW offshore wind turbine, a national project being executed by Doosan as the main contractor.

Posted: over 2 years ago

According to Doosan, KOEN has the most extensive business plan for wind power in terms of the planned capacity of all the South Korean developers.

“This MOU should enable us to commercialize domestic offshore wind turbines by securing large-scale references. We will cooperate with KOEN to revitalize the wind power industry in Korea to keep ourselves aligned with the Korean government’s Green New Deal policy,” said Inwon Park, CEO of Doosan Heavy’s Plant EPC Business Group.

The company plans to commercialize the 8 MW offshore wind turbine, the largest wind turbine to date in Korea, by 2022.

According to Doosan, the product’s differentiating feature will be the turbine blade, which is to be optimally designed to the maximum possible length for increased efficiency and created in a way to suit the wind conditions in Korea. 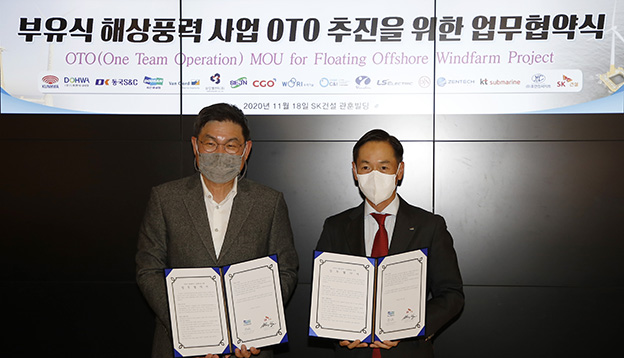