European Union’s Offshore Renewable Energy Strategy, published on 19 November and targeting as much as 300 GW of installed offshore wind capacity by 2050, also outlines the goal of supporting green hydrogen production. In anticipation of the launch of the new Renewable Hydrogen Coalition, it is ever so evident that EU’s (offshore) wind and hydrogen are to merge onto the same highway leading to 2050, given that one of the key members of the new Renewable Hydrogen Coalition is WindEurope.

WindEurope, SolarPower Europe and Breakthrough Energy are set to unveil the new coalition in the afternoon of 23 November. According to the announcement, the initiative aims to represent the renewable hydrogen industry and strive to make Europe the world leader in renewable (green) hydrogen.

The launch comes only a few days after the European Commission presented the new offshore renewables strategy, which makes green hydrogen one of its central parts, just as the EU Hydrogen and System Integration Strategies made offshore wind one of the key players in delivering their goals.

As reported earlier, the first concrete mention of a 300+ GW offshore wind capacity by 2050 was in the EU’s strategies presented this summer, one outlining the path for system integration and one setting the stage for the production of hydrogen.

The system integration strategy states that offshore wind energy in the EU has a potential of between 300 GW and 450 GW by 2050 and creates an opportunity for the nearby localisation of electrolysers for hydrogen production. The strategy for hydrogen includes offshore wind as one of the key technologies to bring forward the production of green hydrogen.

Now, in its Offshore Renewable Energy Strategy, the European Commission said that the EU had an opportunity to increase its renewable energy generation, direct use of electricity for a wider spectrum of end uses, and to support indirect electrification through hydrogen and synthetic fuels, and other decarbonised gases, as illustrated in the energy system integration and the hydrogen strategies.

“The EU Hydrogen Strategy, in particular, sets an objective of 40 GW of renewables linked electrolysis capacity in the EU by 2030. Offshore renewable energy is among the renewable technologies with the greatest potential to scale up”.

The Commission said in the new strategy that reaching the offshore wind and ocean energy targets in 2050 was realistic and achievable, adding that achieving these objectives would deliver major gains in terms of decarbonising electricity generation and enable decarbonisation of hard-to-abate sectors with green hydrogen.

Offshore hydrogen production and hydrogen pipelines are one of the options to deliver offshore energy on land, and should be considered in electricity and gas grid planning, the Commission said. It highlighted the need for forward-looking grid investment in terms of green hydrogen production, as grid development has longer lead times of ten and more years.

Grid planning should also factor in onshore needs to link offshore energy to hydrogen production, and here the commitments of the Member States will reduce the TSOs’ risk of developing stranded assets offshore, according to the strategy.

Furthermore, the road to having 300 GW of installed offshore wind capacity in 2050 will benefit job creation and economic growth, thus contributing to the post COVID-19 recovery, according to the new strategy.

The investment required to realise the strategy’s goals is estimated at up to EUR 800 billion, supporting areas crucial to delivering the targets, from legal frameworks to the supply chain and port infrastructure.

“Getting to 300 GW of offshore wind and to 40 GW of ocean energy installed capacity by 2050 means a massive change of scale for the sector in less than 30 years, at a speed unparalleled by the past development of other energy technologies”, the strategy says.

The offshore renewables strategy comes shortly after the Commission presented the the NextGenerationEU recovery fund, for which it now said that it provided a unique opportunity to mobilise public capital to offset the risk that private offshore investment slow down due to COVID-19 crisis.

“Offshore wind is prepared to deliver on Europe’s short-term Green Recovery as well as its long-term net-zero target, and at the same time providing a sustainable ‘Just Transition’ to communities and Europe’s workforce”, MHI Vestas, one of the leading wind turbine suppliers, said via social media on 20 November.

Meanwhile, the EU has been working on reaching its 2050 targets on other fronts, too, especially in the transportation sector, where the push for hybrid and electric vehicles started a decade ago and is now ramping up.

Offshore wind is now gaining a more prominent role in this sector, too, while green hydrogen is becoming a part of future plans to store energy or power air transport.

Just recently, Deutsche Bahn (German Rail) and RWE Supply & Trading signed a power purchase agreement (PPA) for Amrumbank West offshore wind farm’s electricity, under which Deutsche Bahn will utilise the capacity equivalent to the output of 18 of the wind farm’s turbines from 2024 to 2039.

This is the second offshore wind PPA between RWE and Deutsche Bahn, following the one from 2019 for the electricity from the Nordsee Ost offshore wind farm.

Germany was also the world’s first country to put a hydrogen-powered train in service, with the first two Coradia iLint trains, built by the French company Alstom, hitting the rails back in 2018.

Trials for a new train fuelled by hydrogen have also started in the UK. In September, a HydroFLEX train, developed by the University of Birmingham and Porterbrook, completed its first trip between Long Marston and Evesham in England.

It is also worth to mention the first green hydrogen-powered flight in the UK, as well as the new aircraft model plans at Airbus, as both involve the air transportation industry which consumes vast amounts of fuel.

Some two months ago, the European Marine Energy Centre (EMEC) and ZeroAvia announced the completion of a hydrogen-electric test flight. According to the project partners, this was the world’s first hydrogen fuel cell-powered flight involving a commercial-sized aircraft.

Almost at the same time, Airbus unveiled its zero-emissions concept aircrafts fuelled by hydrogen. Presenting its concept for three different aircraft types, Airbus pointed out the need for more renewable energy capacity to power the production of green hydrogen. “Together with the support from government and industrial partners we can rise up to this challenge to scale-up renewable energy and hydrogen for the sustainable future of the aviation industry”, Guillaume Faury, Airbus CEO, said in September.

Given the EU’s latest strategies, looking at 2050 and integrating clean energy sources to reach net zero, have been presented only a few months apart and comprise plans for massive investments (EUR 800 billion only to deliver the plans from the Offshore Renewable Energy Strategy), it is highly likely that other geographical regions will follow suit, sooner or later and in a more or less similar path. 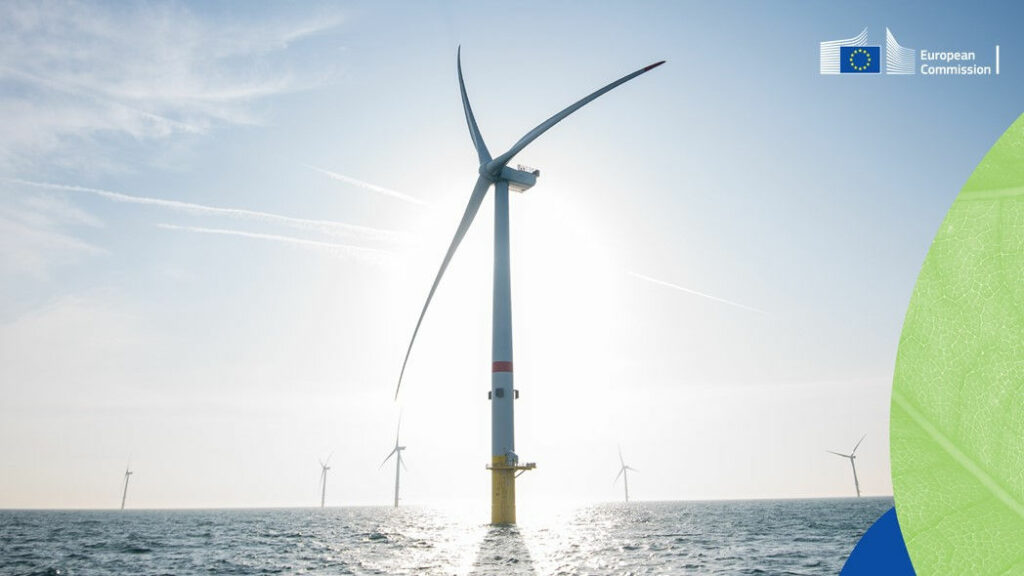