The 49.625 MW Kincardine is located 15 kilometres south of the Aberdeen coast in Scotland.

The wind farm will comprise five MHI Vestas V164 9.525 MW wind turbines and one 2 MW MHI Vestas unit which has been operating at the site since October 2018.

The first of the five V164 9.525 MW turbines was recently installed on the Principle Power WindFloat floating foundation in the Port of Rotterdam.

The turbine is expected to be towed and anchored at the project site in December 2020.

This is the second cooperation between MHI Vestas and GWS on a floating wind project. GWS previously provided MHI Vestas with pre-assembly and installation support at the 25 MW WindFloat Atlantic wind farm offshore Portugal.

“We have worked with MHI Vestas since its foundation in 2014, supplying and supporting them with a wide range of services,” said Lars Petersen, Chief Commercial Officer at Global Wind Service.

”Moving into floating wind together means a lot to us and we are very happy to have been involved with Windfloat Atlantic, gathering valuable experience for Kincardine.”

Developed by Spain’s Cobra Group, Kincardine will become the largest operating floating wind farm in the world once commissioned, surpassing the 30 MW Hywind Scotland and the 25 MW WindFloat Atlantic. 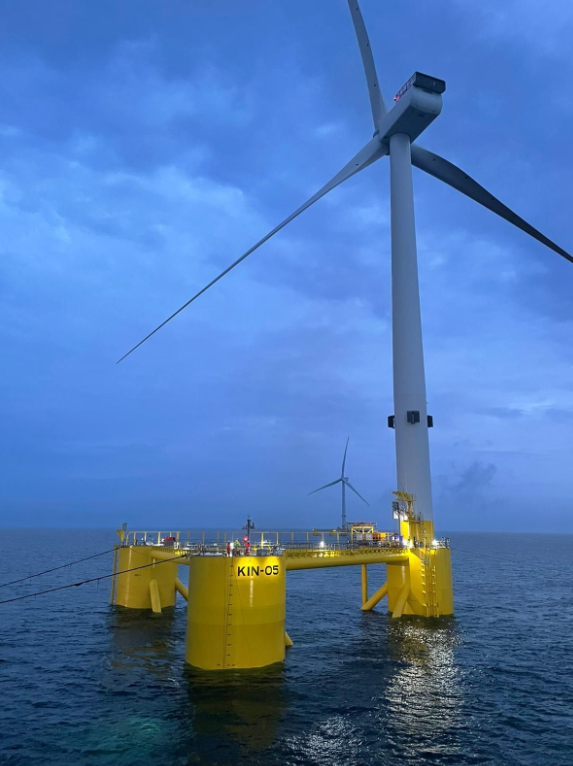