Next Phase of Seagreen Onshore Cabling Work Set to Start

The next phase of the onshore cable works for the Seagreen offshore wind farm in Scotland is set to start at Carnoustie Golf Links in the coming days, according to Angus Council.

In August, the Seagreen team begun preparatory works for the onshore cabling project with early compound set up works at Carnoustie. The following month, onshore works – undertaken by the principal contractor Nexans – were officially kicked off at the Carnoustie Links Golf Course.

With an overall works programme for laying the underground cable for the Seagreen project now commencing, there will be a temporary closure of the Buddon Links golf course, the Council informed on its website.

Furthermore, the onshore cable laying programme will include a range of measures to ensure the construction works undertaken minimise effects on the Golf Links’ landscape, such as specialist cable burial methods, the use of a cable plough which will run on skids, and the implementation of a tree management programme.

“We’re very conscious of the importance of Carnoustie Golf Links to the residents of Carnoustie and Angus, and of course golfers from across Scotland and around the world”, said Onshore Works Project Manager for Seagreen Offshore Wind Farm, Steven Reid.“We’ve been working collaboratively with Carnoustie Golf Links and Angus Council to preserve the area and make sure that the works are managed in such a way as to remove or minimise any risks to sensitive habitats and wildlife”.

All works at Carnoustie Golf Links are expected to be completed by December 2021, with the Buddon Links golf course to be fully closed only for a short period of time, according to Angus Council.

Angus Council Leader, Cllr David Fairweather, said: “We appreciate the patience of Carnoustie and Angus residents as works continue on this project. However, the Seagreen Offshore Wind farm will be Scotland’s single largest source of renewable energy, contributing significantly to Scotland’s net-zero ambition and will create enough clean, renewable energy to power 1.3 million homes, in addition to bringing high quality jobs and investment to Angus”.

SSE Renewables reached the final investment decision (FID) for Seagreen in early June, when it also announced that Total would take a 51% stake in the project.

Angus Council approved two SSE’s applications relating to the underground cable route in June, allowing for works to begin along the consented cable route from landfall at Carnoustie to Tealing.

Upon receiving the Council’s go-ahead, SSE said the works were expected to begin this summer.

The 1,075 MW wind farm, located over 27 kilometres off the Angus coast, is planned to be commissioned in 2024 and will feature 114 MHI Vestas 10 MW wind turbines. 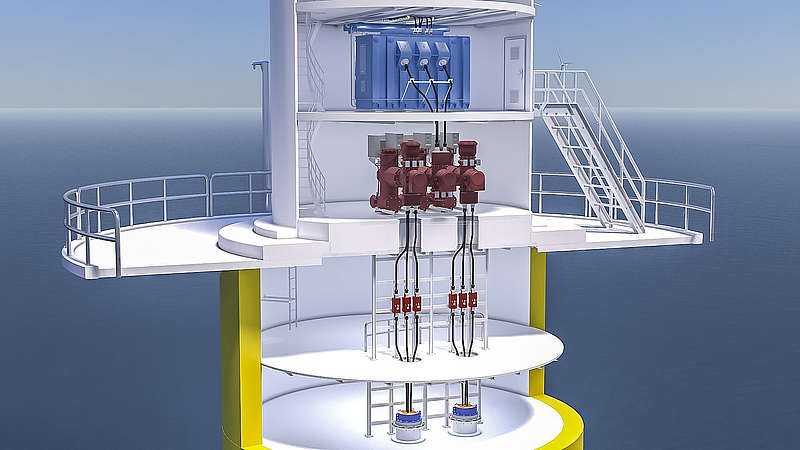