National Grid and Ørsted have begun mobilizing teams that will work on replacing limited segments of the Block Island wind farm and sea2shore transmission cables to achieve greater burial depths.

Construction-related activities will be ongoing throughout the fall and winter, with an anticipated completion date by the end of May 2021.

The submarine cables were installed in the spring/summer of 2016 and subsequently experienced challenges with sediment coverage over the cables, National Grid said.

After due diligence, teams from Ørsted and National Grid determined the best approach to maintain the required burial depths of the two transmission cables is to reinstall these limited segments of the cables with new sections adjacent to where the existing cables now sit.

In the next few weeks, teams for both National Grid and Ørsted will begin staging equipment and barges that will be used for their work. The drilling phase of the construction work at Town Beach is scheduled to begin this fall, with the ocean-based cable installation scheduled to begin in early spring.

The cables will be buried at a depth of between 25 to 50 feet below the seafloor, as compared with the current 4 to 6 feet. The new cables will be spliced onto the existing cable that connects the Island, the wind project, and the mainland. The existing portions of the exposed cables are scheduled to be removed at the end of construction.

Block Island and Rhode Island will continue to receive electricity from the wind farm during the construction, except for a brief outage in the spring, when the new cable will be spliced with the existing cable, National Grid said.

“We’re working closely with the Town of New Shoreham to ensure that all of our work is completed in the offseason, with as little impact to Town Beach visitors and as minimal interruption to the energy supplied from the wind farm as possible. We are grateful to town and state leaders for their close collaboration on this important work.”

The 30 MW Block Island wind farm comprises five GE Haliade 6 MW wind turbines installed off the Block Island and in operation since December 2016. Block Island, owned and operated by Ørsted, is the first commercial offshore wind farm in the Americas.

“As the first offshore wind farm in the nation, the Block Island Wind Farm remains an enormous source of pride for all of Rhode Island,” said Terry Sobolewski, President of National Grid Rhode Island.

“Both National Grid and Ørsted have been working rigorously with the town and state and federal partners on an enduring plan to address burial depth, and even amidst the pandemic, we are on track to having it completed in time for next summer.” 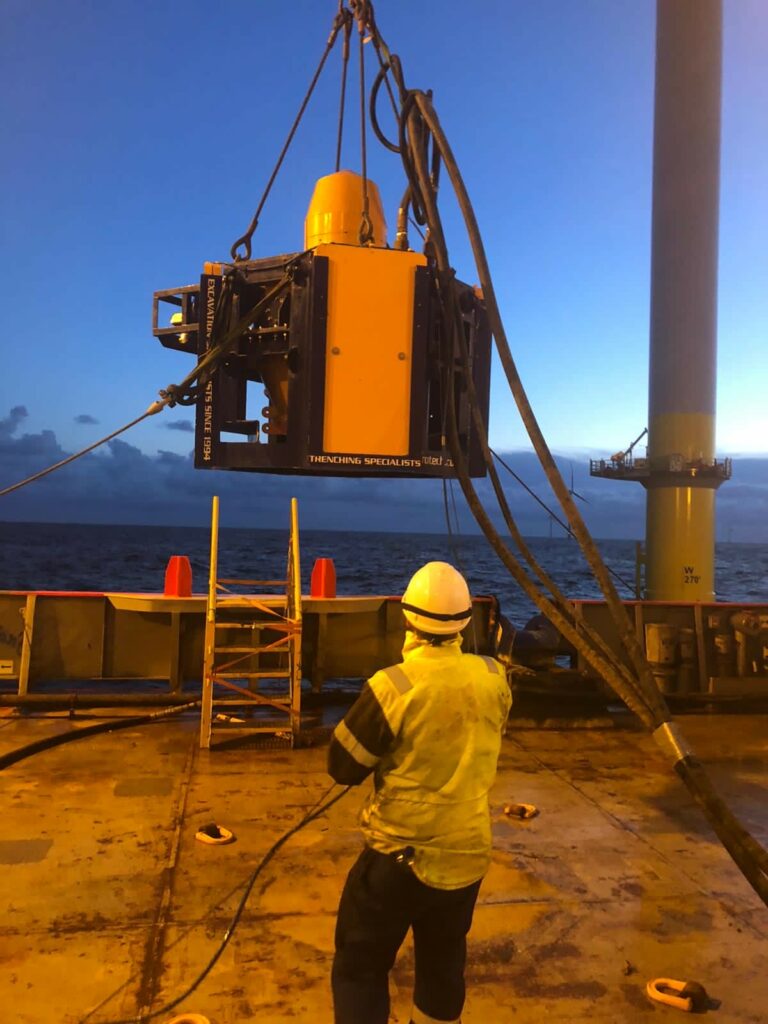