DEME’s vessels Neptune, D’Artagnan, and Bonny River have been deployed on the Saint-Nazaire offshore wind project, with some of the work now underway at the site located some 12 kilometres off the coast of the Guérande peninsula in France.

The jack-up vessel Neptune, which is set to start the pre-piling works for the project’s offshore substation (OSS), was reported by French media to have encountered an issue with its propulsion on 27 August while sailing to France. The vessel was reportedly towed to the Port of Brest for repair on the same day. According to available AIS data, Neptune is currently moored in Brest.

“Neptune’s propulsion issues were due to contaminated fuel bunkered en route to Saint-Nazaire”, a spokesperson from DEME told OffshoreWIND.biz, adding that the vessel will install four piles for the Saint-Nazaire OSS in September.

The installation of the jacket and topside is scheduled for the second half of 2021.

The company is in charge of the design, manufacturing and installation of the OSS in a consortium comprising Atlantique Offshore Energy, GE Grid Solutions and SDI (DEME).

The project, set to become the first commercial-scale wind farm installed in French waters, is being developed by Eolien Maritime France (EMF), a consortium between EDF Renouvelables and Enbridge. 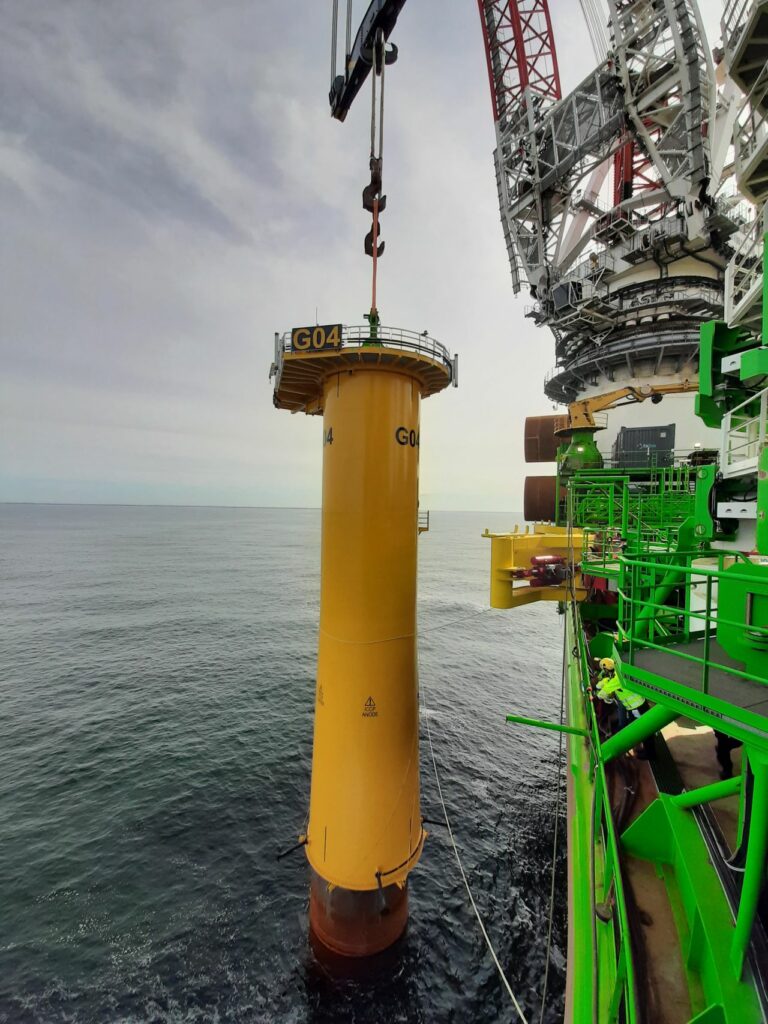