78 out of 94 Siemens Gamesa 8 MW turbines have been installed at the Borssele 1 & 2 offshore wind project in the Netherlands.

DEME’s jack-up tandem Sea Installer and Sea Challenger are in charge of installing the turbines at the site located 22km off the coast of the province of Zeeland.

According to Ørsted, the offshore construction work is progressing well and the 752 MW wind farm is expected to be completed during Q4 2020.

Borssele 1 & 2 delivered first power to the Dutch grid at the end of April. Commissioning is planned for 5 October, when the project will become the largest offshore wind farm in the Netherlands. 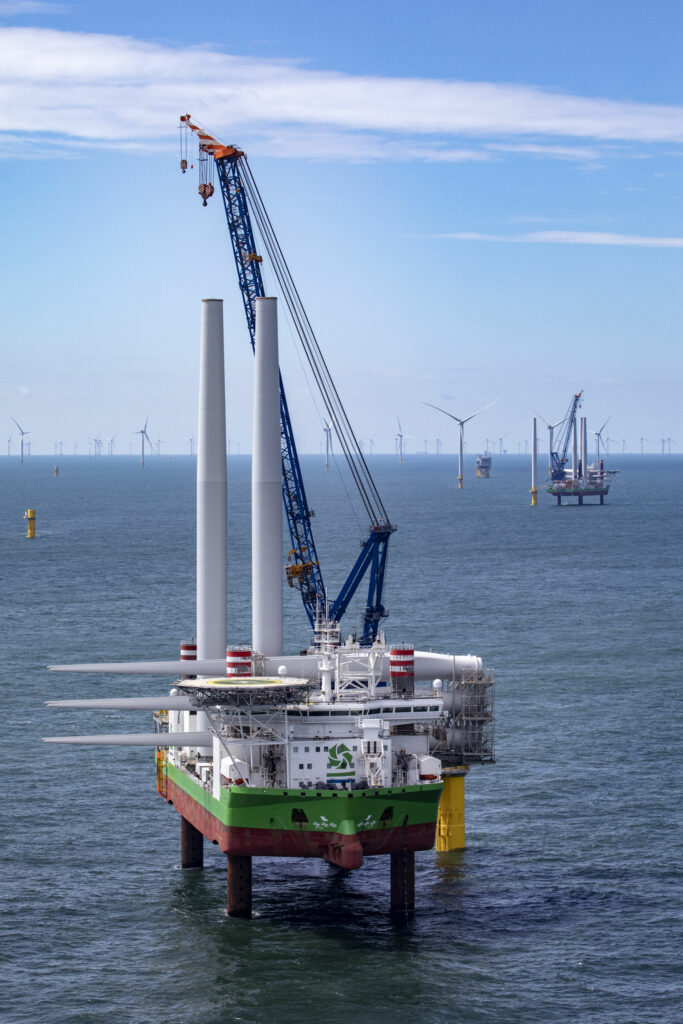