We bring you the ten most-read articles on OffshoreWIND.biz for the month of July 2020.

A blade from one of SeaMade’s wind turbines collided with the gangway on DEME Group’s jack-up Apollo at the beginning of July, after which the gangway detached from the vessel and fell into the sea.

Saipem has won three contracts for offshore wind farms in Europe – Dogger Bank A and B, Seagreen, and Saint Brieuc – valued at more than EUR 90 million in total.

Vattenfall plans to start offshore construction on the largest, and also the first subsidy-free offshore wind farm in the world, in the spring of 2021.

Fred. Olsen Windcarrier’s Brave Tern will undergo upgrades which will allow the jack-up to handle all known next-generation wind turbines and larger foundations.

The Dutch Ministry of Economic Affairs and Climate Policy has selected the CrossWind consortium between Shell and Eneco to develop and operate the Hollandse Kust (noord) offshore wind project without government subsidies.

Equinor has started conducting wind measurements to investigate the possibility of developing and constructing an 800 MW floating offshore wind project in South Korea.

The UK Government has proposed to exempt Beatrice, Hornsea One, Rampion, and East Anglia One offshore wind farms from the requirement to hold a licence to transmit electricity, due to COVID-19-related delays in transferring their transmission assets.

Taiwan-based TSMC has signed a corporate power purchase agreement (CPPA) with Ørsted for the Greater Changhua 2b & 4 offshore wind farm. TSMC will offtake the full production from the 920 MW wind farm, making this the largest-ever contract of its kind within renewable energy. 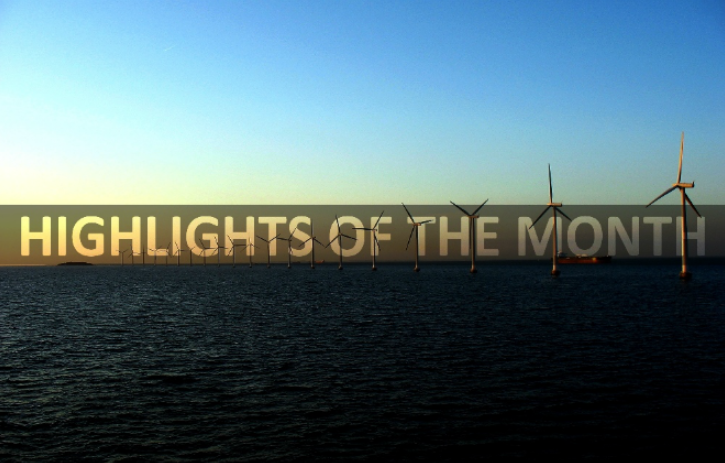