Cable laying vessel (CLV) Nexans Aurora has left the CRIST shipyard in Poland and is on her way to Norway to undergo further work.

Nexans’ newbuilding is now under tow and headed to Ulstein Verft.

The vessel’s hull was built at the CRIST shipyard. Ulstein is in charge of the engineering, outfitting and system integration, as well as equipment preparation, testing, sea trials, and finalizing of the 150-metre cable layer.

Designed by Skipsteknisk, the ST-297 CLV has a 31-metres-long beam and can accommodate up to 90 persons.

Once delivered in 2021, the vessel will be able to perform power cable laying, including bundle laying, jointing and repair, and cable system protection and trenching. 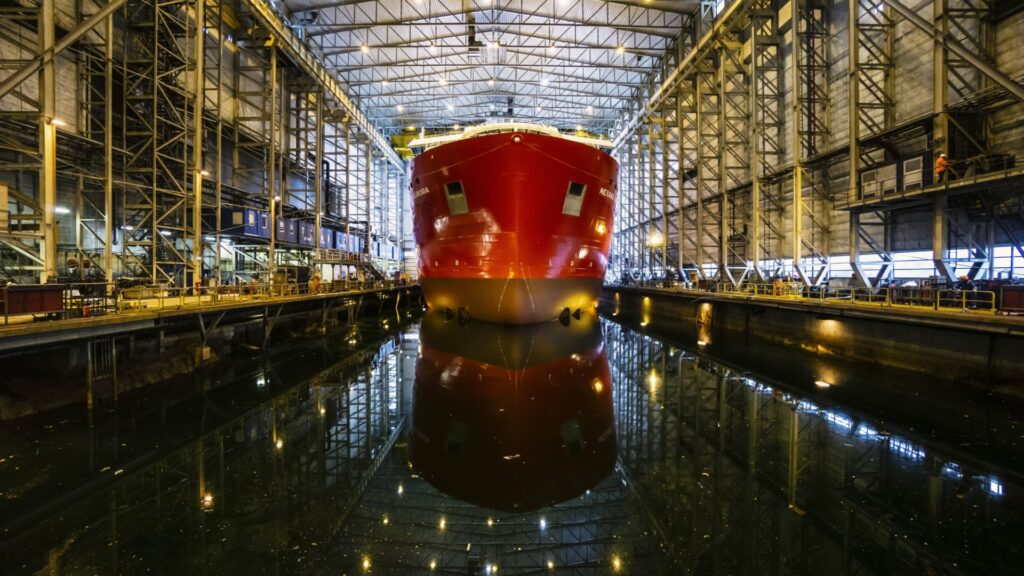