Wind turbine installation works have started at the Borssele III & IV offshore wind farm in the Netherlands, according to the Blauwwind consortium’s social media posts.

Van Oord’s installation vessel Aeolus, which will install all 77 MHI Vestas 9.5 MW turbines, has arrived at the project site on 25 May, according to the vessel’s AIS data.

The wind turbines are being pre-assembled in the port of Flushing (Vlissingen), from where they are then transported to the 146-square-kilometre site in the Borssele zone, located some 55 kilometres off Flushing.

The Aeolus also installed the monopile foundations at Borssele III & IV from Sif’s terminal at Maasvlakte 2 in the Port of Rotterdam.

The final foundation was put into place at the end of April.

The offshore wind farm will be commissioned in 2021. 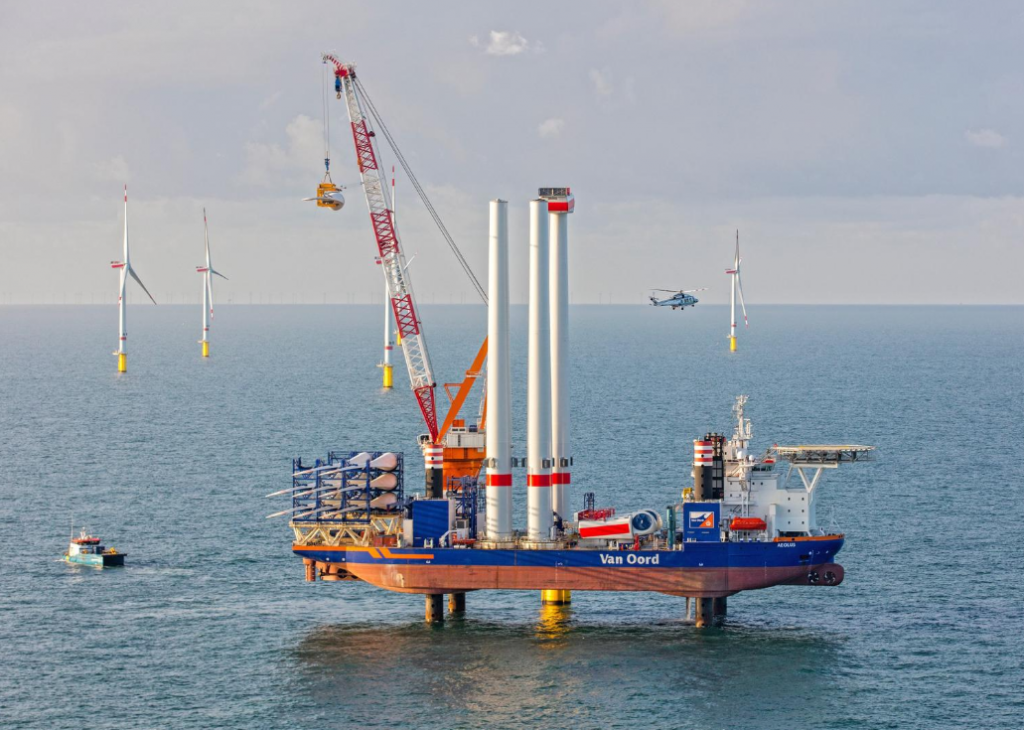