XXL-Monopiles have been successfully used for water depths of up to 40 metres. Now wind farm developers need monopiles “beyond XXL”.

“At the beginning of this decade nobody could image that 10 MW turbines and XXL-monopiles will be state of the art in offshore wind foundations and now we are even ahead of this”, commented Ralf Hubo and Alexander Morber, managing directors of Steelwind Nordenham.

The extension of the range is needed, mainly to enable the use of larger turbines, deeper water, and harsher environmental situations.

These requirements lead to monopile designs with bottom diameters between 8 and 11 metres, lengths of up to 120 metres and wall thicknesses up to 150 millimetres. The final weight of such monopiles can reach up to 2,400 tonnes.

This monopile design automatically induces the idea of design and fabrication optimisation to ensure that monopiles continue to lead the ranking of most economical foundation systems.

One of the topics is the reduction of the weight of the monopile. Apart from use of higher strength steel in some highly stressed cans very often fatigue design aspects are preventing the general use of these steels. Another option for weight savings is the increase of the Ø/t-ratio resulting in more “slender” monopiles. This development requires detailed analyses for several design topics, but as well for a number of fabrication aspects. “The whole fabrication process has to be adapted for a safe and economic fabrication of slender monopiles „beyond XXL”.

Design studies have been done with different water depth, soil conditions and turbines up to 15 MW with their individual stiffness requirements.

Conventional pile designs usually adopt limited slenderness ratios of Ø/t = 100 to 120 due to reasons of pile driving. This would lead to pile masses far beyond 2.400 tonnes, while the utilization ratios in the operating state are below 65 per cent. In the studies the slenderness ratio Ø/t was varied from 100 up to 190.

The results are that monopiles with slenderness ratios up to 160 are realistically feasible and applicable for deep waters and large turbines. The diameter can reach up to 11 metres and the pile weight can reach up to 2,000 tonnes under given conditions.

Fabrication of monopiles starts from flat steel plates being cold formed to cans. The can has to be supported by suitable support points without being damaged. Left picture in Figure 1 shows a typical stress distribution due to dead weight (can with slenderness of 160, FEM analysis).

Deformations can occur due to dead weight as well as on roller supports only. Figure 2 shows the maximum deflections of cans or sections on the roller supports depending on their diameter and slenderness ratio. The more slender the cans, the more this effect causes problems during later assembly of the pile. Additional support structures are necessary to keep the round shape of the cans.

The cans are transported during fabrication, often done by cranes and C-beams. Similar to the situation on the roller supports, the dead weight of a can induces high local bending stresses at the contact line to the C-beam where plastic deformations can occur in particular for slender components.

Figure 3 shows the results of the assessment for this load case, carried out for cans with diameters between 10 and 12 metres. The risk of plastic deformations exists already for mild-slenderness ratios. The lifting device have to be adapted in an appropriate way.

Support structure during further fabrication steps have been analysed as well. Intermediate sections and monopiles beyond 600 to 1200 tonnes usually have to be supported at two or more points.

The optimum position of the supports for heavy monopiles resulting in uniform support forces would be as shown in Figure 4. Especially for support points near conical transitions with a stiffening effect of the cone leads to higher stresses at such support points.

As demonstrated by these examples, a very thorough planning of fabrication, transport and storage operations is needed for slender monopiles “beyond XXL”. This requires detailed “pre-production” to avoid later damage.

Design of slender and large monopiles “beyond XXL” is possible. New “random conditions” for fabrication resulting from this have to be respected:

If not carefully taken into account, the new random conditions for fabrication may lead to severe damage. Heavy investments is often necessary for adaptation of fabrication processes up to the installation process.

Investments and additional fabrication hours both can cause significant cost increases. A balance can only be found if the fabrication process is integrated part of the design phase as early as possible. Keeping this in mind, the design and fabrication of monopiles “beyond XXL” are a further part of the monopile success story.

NOTE: This article has been produced by Steelwind Nordenham and it originally appeared in the Offshore WIND Magazine 4/2019. 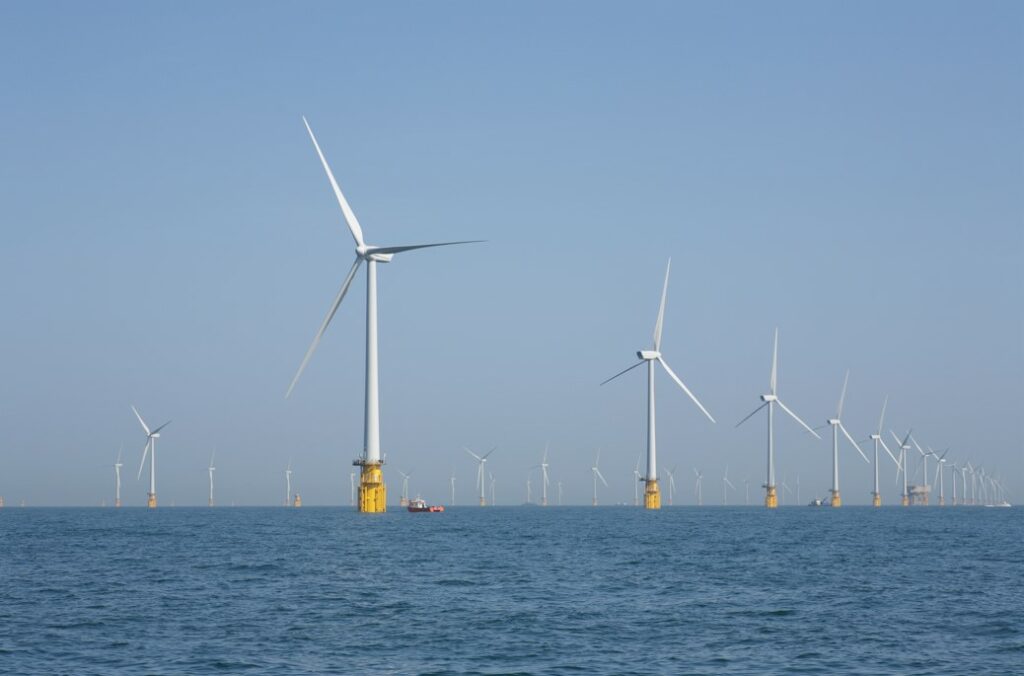