Swire Blue Ocean (SBO) has commenced the installation of the new crane boom onboard its jack-up vessel Pacific Osprey.

The 422-tonne boom was lifted onto the vessel in the Port of Esbjerg, Denmark, yesterday morning with the help of two shore cranes and locked to the base of the crane, SBO said.

According to the company, the team has already been able to derig one of the shore cranes.

In the coming days, the focus will be on mounting the boom hoist wires.

The new crane boom arrived in Esbjerg from NOV’s manufacturing yard in China in mid-February.

Back in January, SBO and Vattenfall signed the final contract under which the jack-up will transport and install up to 140 Siemens Gamesa SG 11.0-193 DD turbines on the Hollandse Kust Zuid 1-4 wind farms in the Netherlands. 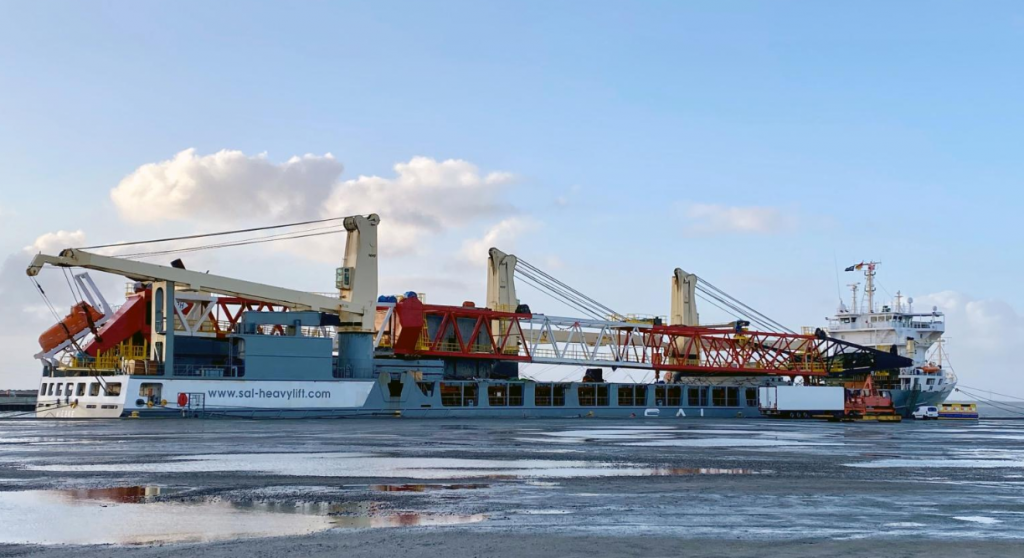