Lindø port of Odense has signed a purchase agreement with Liebherr for a mobile harbor crane that is said to be capable of handling giant offshore wind turbines.

According to the Danish port, the mega crane has a lifting capacity of 308t and a lifting height of 96.7m above the quay.

In combination with the Liebherr LHM 550 mobile harbor crane, the new crane will enable Lindø port of Odense to handle huge turbines of tomorrow and will allow the lifting of 400t nacelles.

Additionally, it is equipped with an electric motor that can replace the diesel engine during operation, which is said to allow noise reduction, as well as CO2 reduction, estimated at 300t per year.

The crane is expected to be delivered at the end of 2019.

“With the purchase of the new mega crane, LINDØ port of ODENSE is cementing its key role as one of the world’s largest port players in the green transition with unique production facilities for the giant offshore wind turbines of the future,” said Carsten Aa, CEO of Lindø port of Odense.

“We can see that unit sizes get larger and larger. We’re meeting that development now with this investment so that we can continue to contribute to facilitating green workplaces within sustainable energy production.” 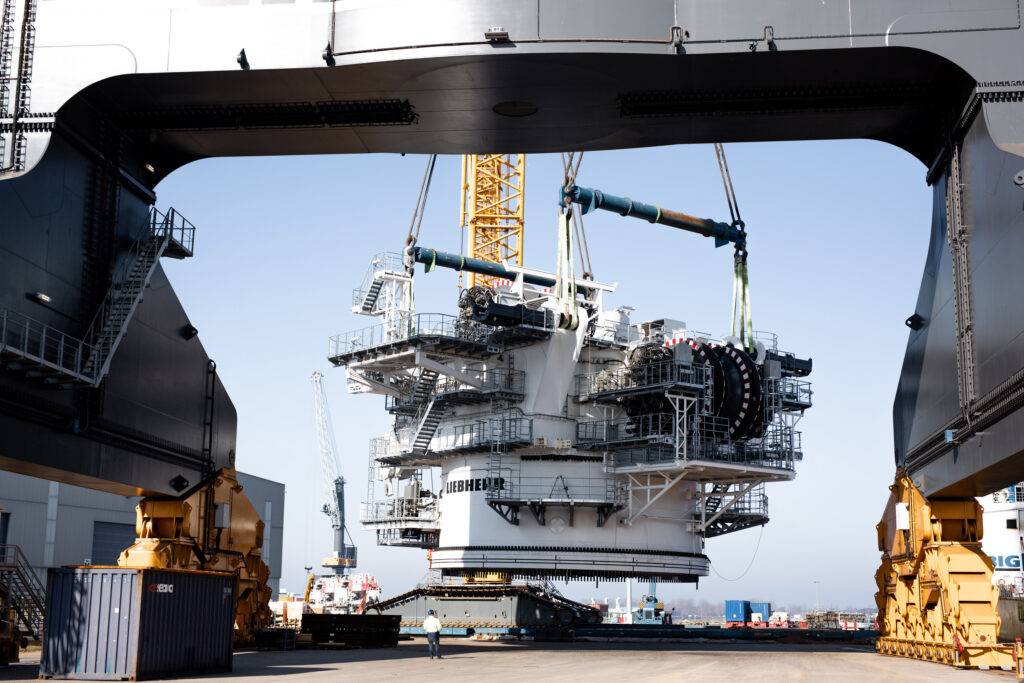