Virginia-based Dominion Energy has received two key determinations from the US Bureau of Ocean Energy Management (BOEM) regarding the design, fabrication and installation of the Coastal Virginia Offshore Wind (CVOW) project.

Dominion submitted its Facility Design Report (FDR) and Fabrication and Installation Report (FIR) in partnership with Ørsted, a global offshore wind developer contracted for CVOW, and Siemens Gamesa, the company manufacturing the two 6-megawatt wind turbines to be installed next year 27 miles off the Virginia Beach coast. BOEM has reviewed and responded to the two filings with a no objection determination.

“The FDR/FIR no objection determination is the latest milestone in a list of firsts for the burgeoning offshore wind industry in the U.S. to come through the CVOW project,” said Thomas Brostrøm, CEO of Ørsted US Offshore Wind.

“As the only fully permitted project in the U.S. federal waters, CVOW continues to provide all involved parties valuable experience that will drive regulatory efficiencies and increased certainty that will reduce costs for future projects in the U.S.”

The FDR details the design of all the major components of the offshore wind project, while the FIR describes the fabrication and installation plans of the equipment. The decision from BOEM is a necessary approval to move forward with offshore construction, which is on track for the summer of 2020.

”This process will provide key learnings we can apply to our commercial-scale offshore wind project.”

L.E. Myers Company began onshore construction in June to facilitate interconnection of the two wind turbines at a company substation near Camp Pendleton. At peak production, CVOW will power 3,000 homes. The turbines will not be visible from shore.

Dominion recently announced the largest offshore wind project in the United States. With approval from the State Corporation Commission, it would generate more than 2.6GW of energy by 2026. 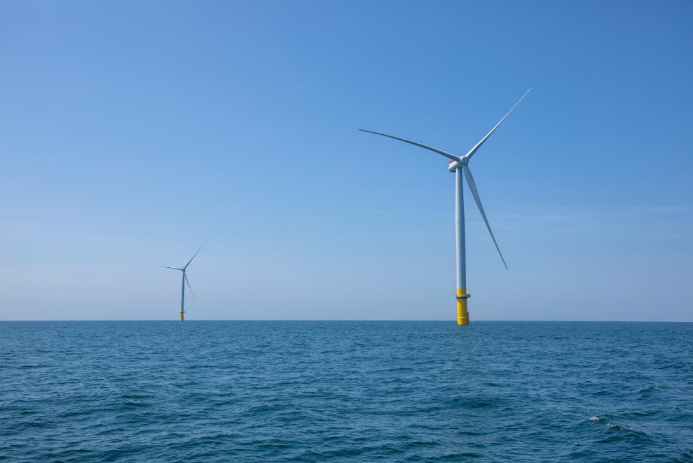