BorWin3 will connect the 497MW EnBW Hohe See and the 400MW Global Tech I offshore wind farms to the German grid.

It represents TenneT’s twelfth offshore wind project and takes the company’s offshore transmission capacity in the North Sea to more than 7GW, exceeding the government’s 6.5GW by 2020 target for the North and Baltic Seas.

“To push the energy transition, further efforts are needed,” said TenneT CEO Tim Meyerjürgens. “According to all international studies and scenarios, the current rate of development in Europe is not enough for offshore wind to reach the goals of the Paris Climate Agreement for Europe. Accelerated, large-scale and internationally coordinated expansion is needed.”

To remind, in October last year, the BorWin gamma topside was installed onto its jacket foundation at the project site some 130km off the German coast.

Siemens supplied the HVDC converter technology and main electrical equipment for direct-current transmission, and Petrofac was responsible for the engineering, construction and offshore installation of the platform.

Drydocks World was in charge of the fabrication, commissioning and load-out of the topside, while the jacket foundation and accompanying pin-piles were produced by Heerema Fabrication Group. 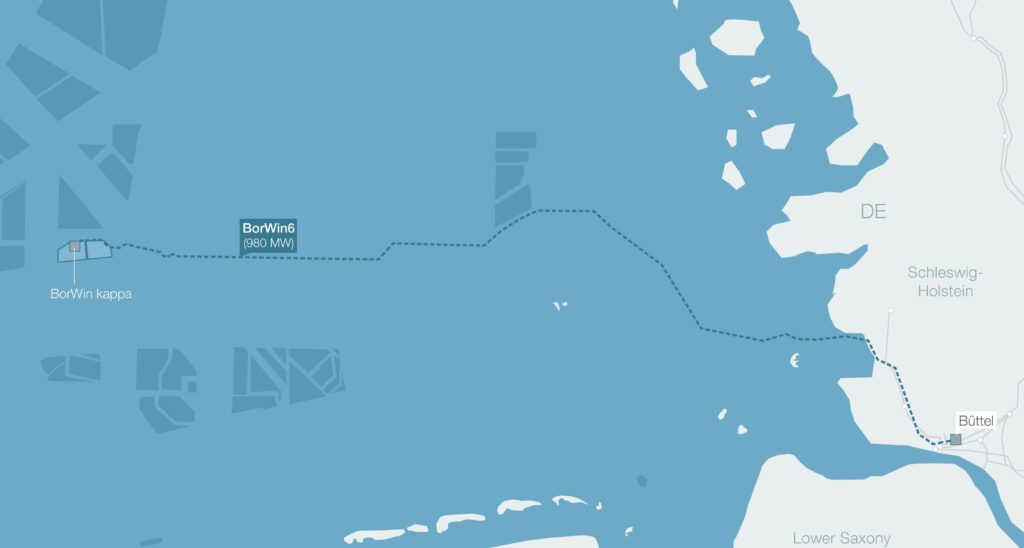