According to Ulstein, the keel laying, held on 24 April, marks the start of assembling the grand blocks of the 149.9m long vessel.

The hull is being built at Crist in Poland while the engineering, outfitting and system integration, equipment preparations, testing, sea trials and finalizing are to be carried out at Ulstein Verft in Norway.

Designed by Norwegian company Skipsteknisk, the ST-297 CLV has a 31m long beam, a dead weight of 17,000t and can accommodate up to 90 persons. MAATS Tech will supply a deck spread for the vessel, while Palfinger Marine will provide a major deck equipment package.

Ulstein began the construction of Nexans Aurora in February, with the vessel scheduled for delivery in 2021. 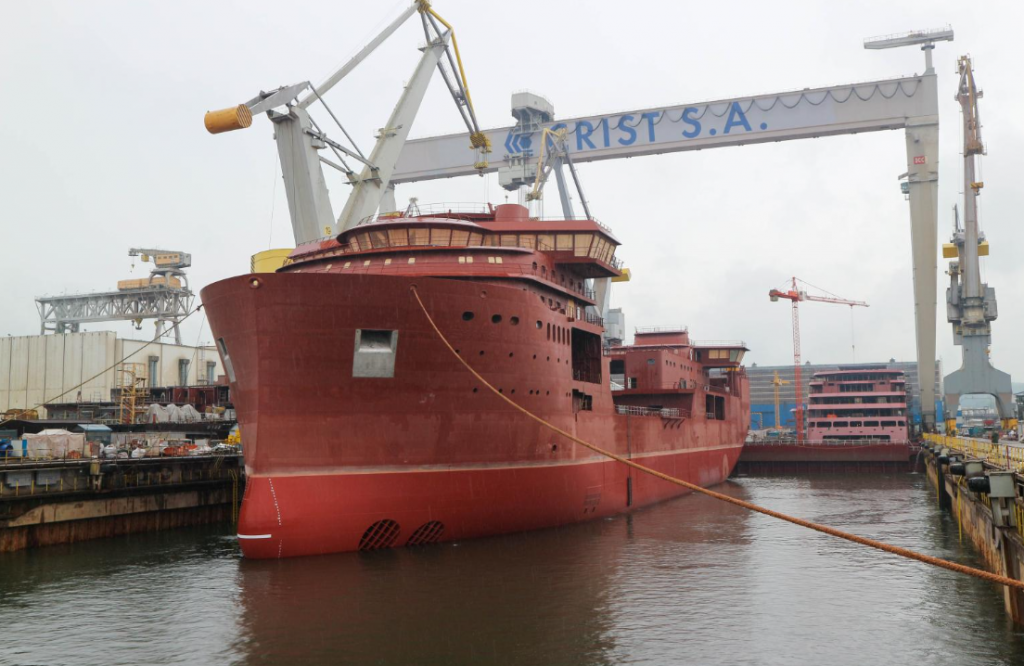