Following news that Nexans signed a deal with Ulstein Verft for the construction of its new cable laying vessel, the Nexans Aurora, UK marine engineering company MAATS Tech informed that it will supply a deck spread for the vessel.

The main item is a 10,000te cable carousel, which will be a concentric ‘carousel in a carousel’ design and therefore able to process 2 cables simultaneously, or alternatively it can store a single length weighing 10,000te. Other equipment includes a capstan hold back, two deck tensioners, laywheels and integrated control system.

MAATS Tech said it has been working on the design of the deck spread with Nexans for some 18 months.

“We are very pleased to have worked with Nexans to get to this point and look forward to delivering the equipment for an exciting new vessel in this market,” said Lisa Edwards, MAATS Tech Managing Director.

Knut Flage, Vessel operations Manager at Nexans, said: “We are pleased to award this critical contract to MAATS Tech, having been impressed with their ongoing support and experience leading up to this milestone. The vessel is a significant and strategic investment for Nexans as it will increase our installation capacity, and securing the right supply chain is critical to its future success as a key piece of the global cable lay industry.”

The Nexans Aurora, to be delivered in 2021, has two firing lines and is primarily intended to lay submarine high voltage interconnectors and export cable systems as well as umbilical systems. 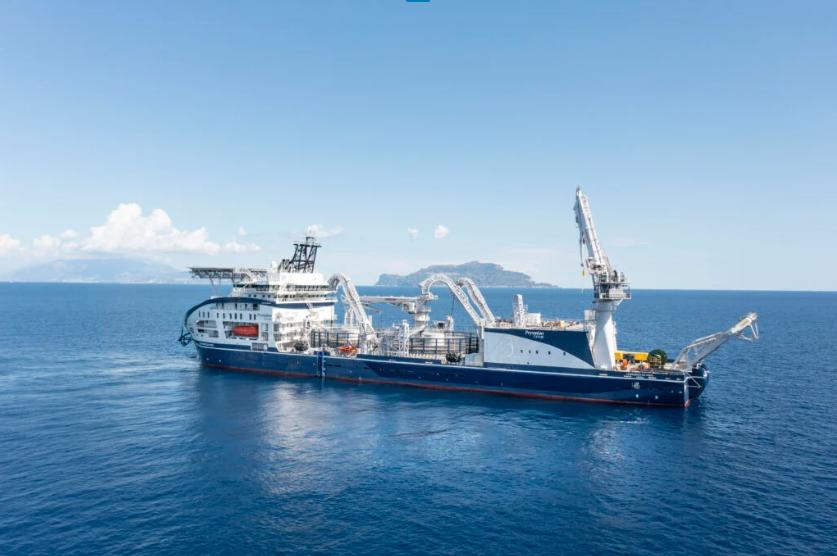