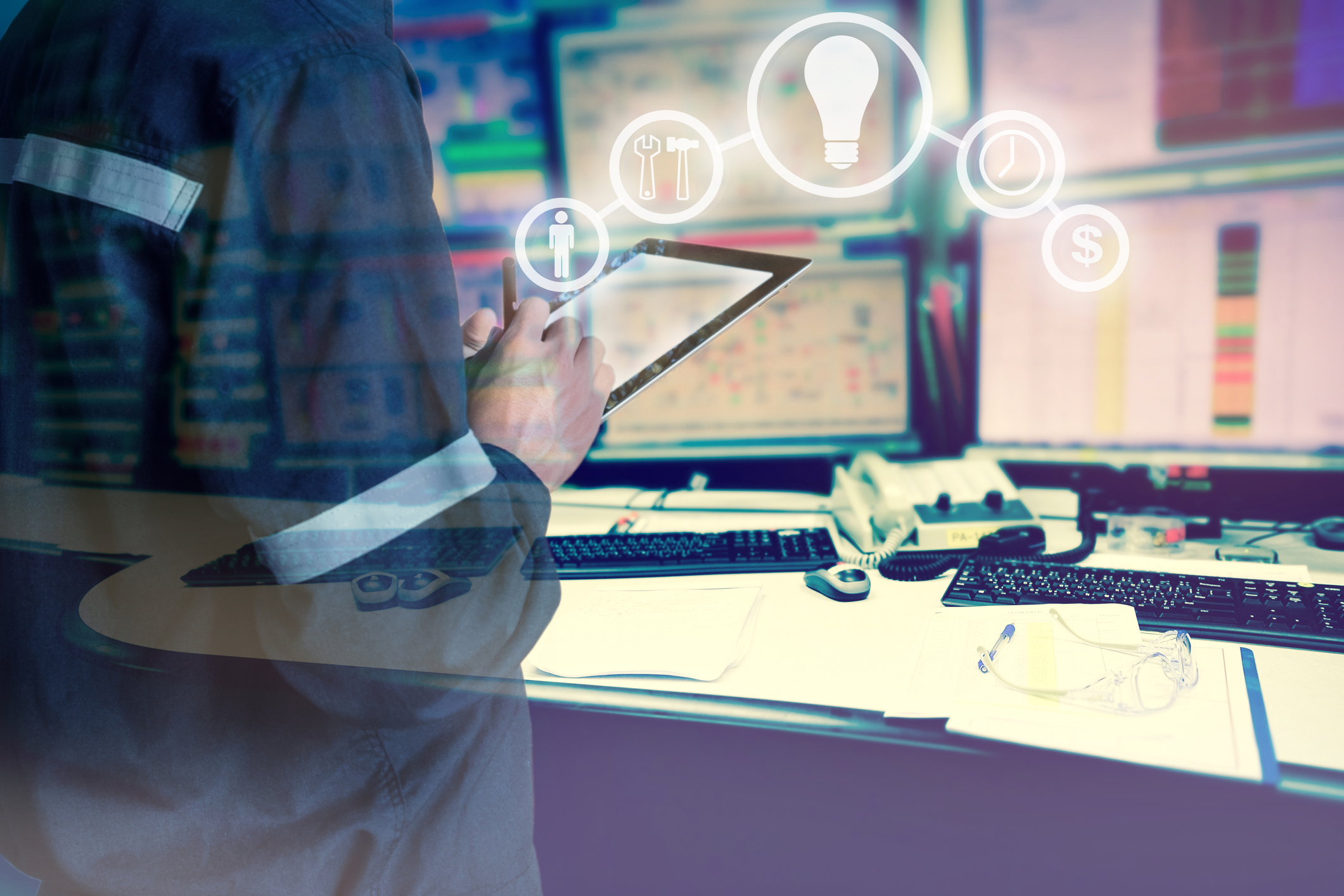 Blockchain remains a hard to understand concept. Some say it will change the way we do business, others fear what sharing data will mean for future transactions. Offshore WIND spoke to Tom Fürstner founder and CTO of Riddle&Code, who recently cooperated with Brazilian onshore energy provider EDP.

So, let us start with: What is Blockchain? “In essence Blockchain is a distributed public registry”, simplifies Fürstner. “And it is remarkable as it has the biggest disruptive potential. People can write to this registry and read from it. It has a special interest for the energy sector to be able to keep track of transactions and to send receipts. The receipt I refer to in this case is a kind of currency. Most companies would prefer to keep their data private, but Blockchain forces an open data culture.”
Austrian innovation leader Riddle&Code can give anything in the world a unique identity. This identity is viable through digital means of either mobile phone or computer. Moreover, the identity is unique. Therefore, we take this unique identity and write it into Blockchain – in essence creating its existence. Everyone can read in Blockchain what it is and who produced it and what it in itself produces.

Recently Riddle&Code worked together with the Brazilian energy provider Energias de Portugal (EDP) to use Blockchain technology for the measurement and recording of energy consumption and distributed energy coming for EDP’s consumers. Fürstner explains: “In this specific case we are talking about energy meters which we combined with our technology. Placing a non-removable cryptographic tag on domestic energy meters and measuring the data – which is secure and encrypted. The data is then transferred into Blockchain. The consumer can see the very same data on their smart phone or computer as well. The measurements used in this case is the co-consumption of the consumer and offers the energy provider calculations for charging and taxing. Allowing for direct settlement of payment. At the end of every month, the data is taken from the meter and the whole payment process it automatic. And the great thing is: this is all done without placing so-called smart meters. So it is very economical.”

How do they do this? They tag the meters. Many companies use a QR code or a bar code. The problem is that these kinds of codes are easily replicated. Fürstner: “We don’t tag with use of QR, but we tag it with a mathematical question, a small microcomputer which has a unique identity. A specific kind of cryptographic. So for instance, we can ask the tag a mathematical question, the right answer proves its unique identity. Therefore, this mathematical function provides the protection. Any tampering with the tag breaks the chip thus destroying the Blockchain identity. This is much more secure than a QR code and that is in essence the main difference. The non-removable cryptographic tag has its own identity, we then check that it works and around this identity, you build the settlement. Therefore, we put the tags on the meters and can now connect it to the mobile device of the consumer using the energy. The meter tracks the consumption and via NFC talks to the chip. The chips identity takes the mobile phone meter measurements and sends them back to EDP. A small program does the payment settlement automatically.”

“In effect we are using the capability of Blockchain for money exchange. When you get a tag on your meter and combine it with your mobile phone, you can connect it with your wallet to which you transfer money and the payment is settled. This is super cheap and very efficient. It is an elegant way of solving many problems. And as far as we know it is the only system of its kind at the moment”, continues Fürstner. Most energy providers currently only use Blockchain to trade energy certificates, which is very money centric. Riddle&Code technology is solution based, solving challenges and with the use of existing meters.

Fürstner: “The cryptography and all data are fully anonymized and also fully compliant with the European GDPR regulations, which in the case of EDP is not yet necessary (outside of EU). EDP already had a lot of experience with Blockchain and asked us how we could assist in how to use Blockchain for instant payment settlement for their consumers.

Could this idea be translated to other energy providers? Fürstner: “If you look at for instance Italy, this country has been 100 per cent retrofitted with smart meters. Firstly, smart metes are much more expensive than normal meters and it very complicated to use the smart meter. There are additional services necessary and more struggles with leasing. By using Blockchain, you have the cost of the tag, which is dependent on if you require 10,000 or 100,000 – but in any case, it is less than 1 euro. Another positive additive is that in this specific energy case Blockchain used the current mobile infrastructure, so you have no operational costs in building your own network. And Blockchain itself is a public registry that is already operated by a community and is secure. Bitcoin, one of the well-known Blockchains, whether you like it or not, has existed for over ten years now. It has never been cracked or compromised in any way – just to say the system is reliable – making the system sustainable.”

The benefits of Blockchain technology for the energy market

Riddle&Code has 20 persons working for the company they are still growing. What they realized regarding the use of Blockchain in the energy sector is the relation capex to opex. As an industry, so much equipment is produced and there is so much infrastructure currently underused. Blockchain can help to use equipment and infrastructure to its fullest potential. An example Fürstner offers could be looking at drilling platforms. Tagging for instance the pipes and measuring the throughput, in this case oil or gas (but it could also be energy or water). This will allow contractors to look at their equipment in a different manner and use it in a more efficient way. Entering this information into Blockchain would also make visible what is going where – offering the potential to transform how business transactions are done. A final step in business would be to start trading energy certificates.

These are disruptive times

“These are disruptive times for the energy market”, says Fürstner. “Until now there existed energy provider and energy consumer. With the end-consumer consuming the produced energy, it was very much a one-way street. This has turned into a bi-directional relationship in which the consumer harvests her own energy and stores it as well or feeds it back into the energy grid. The question is how do you manage this? Every participant in this economic system can be identified. Next to that, is clear what the consumer contributes, as everything can be traced. How much was consumed. What happened and what didn’t happen. As an energy provider you can plan your energy distribution accordingly. New incentives to new energy consumers. If a consumer allows the energy provider to use the data, without breaking into their privacy – perhaps it would turn out to be a good idea to turn of certain electrical appliances overnight. Using energy is a much more valuable way. These are just possible scenarios that could potentially change the relationship between energy provider and consumer. “

Fürstner says the first challenge is abstract, as the concept of Blockchain is not understood. It can be perceived as a weird way of making money. “It is a new silk road, but people fear it is connected to the dark web or to crime and drugs. When we go to companies to explain what we do we have to elaborate on what Blockchain is and that is mathematically complex not dangerous. I think that is the biggest roadblock. We can use this lack of knowledge to convince people. For instance, energy providers are big companies who have the tendency to be extremely regulated and slow in decision-making. This kills highly innovative projects. It is all about mind-set with Blockchain. Once you set Blockchain into motion, there are not many obstacles. How to maintain Blockchain? Well that is challenge number two; we need people with the right skill set.”

The European regulatory environment does not allow energy providers certain freedoms, which means they cannot publicise much of their data. It is a very private infrastructure. Perhaps this will change in the future. You could create a Blockchain solely for European energy providers for the trading of energy certificates. Fürstner: “Back when internet was new and perceived in a similar manner to Blockchain, we told people you could compare the World Wide Web to a data highway, which made sense to people and it felt less outlandish. The same would work for Blockchain, if you explain to people that it’s an open registry where you can add data to or use data from – it feels less alien and more accepted.” 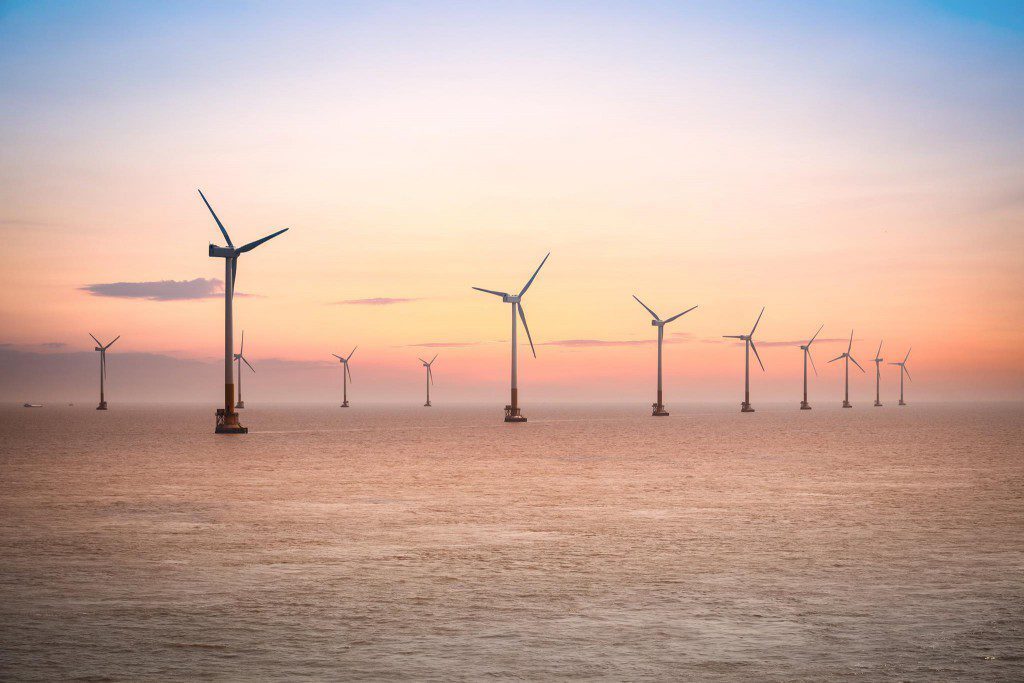