According to EMO, the 37.5-meter long vessel is suited for operations as a safety and guard vessel in the offshore wind sector, with its deck allowing it to be used in preliminary biological research around potential wind farm areas, as well as for supply and disposal services.

“We commissioned it to be built before we had any orders,” EMO Managing Director, Knut Gerdes, said. “We look forward to operating in the North and Baltic Seas with this ship, although we will also be present internationally on an ad hoc basis.”

EMSWIND, which is also an emergency response and rescue vessel, will be propelled by three Cummins K19DM-type engines on a diesel-gas-electrical basis, EMS said, adding that it can attain a speed of 12 knots.

The vessel, built at Winschoter Diep near Groningen, the Netherlands, will be operated by a five-man crew on board, with an additional capacity to transport up to 12 technicians.

EMO said that it is continuing the cooperation with Van Laar Maritime with a new crew transport vessel (CTV) expected to be commissioned in August. 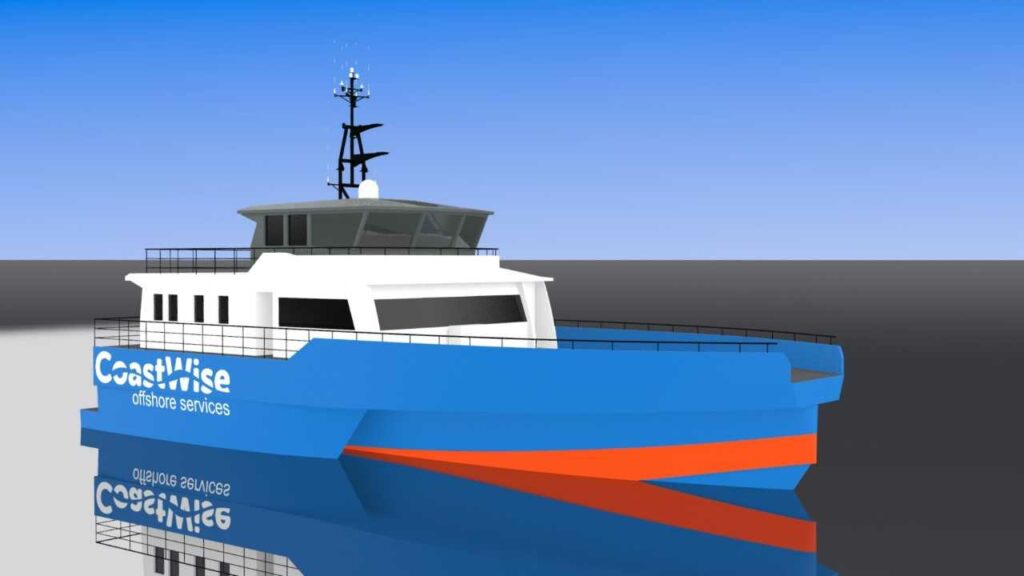