Edda Passat, the first Service Operation Vessel (SOV) built in Spain, commenced sea trials earlier this month, after which the vessel will head to Ørsted’s Race Bank offshore wind farm in the UK.

The SOV departed Ria del Eo mid-February and is currently in the Port of Gijón, where it is completing the two-week sea trials program.

Edda Passat and its sister vessel Edda Mistral were built by Astilleros Gondan for the Norwegian shipowner Østensjø Rederi, who named and launched the two SOVs earlier this month.

Both vessels have a contract for a fixed period of five years, plus five one-year options.

With 81m in length and a 17m beam, the vessels have the capacity to accommodate a crew of up to 20 people and up to 40 technicians who will perform maintenance tasks at the wind farms.

The two vessels are equipped with a 23-meter-long Uptime heave compensated walk-to-work gangway, a 3D compensated crane and a CTV landing system with bunkering facility, Astilleros Gondan said, adding that the on-board-fitted 11m daughter craft will allow the safe transfer of maintenance technicians to the offshore wind turbines. 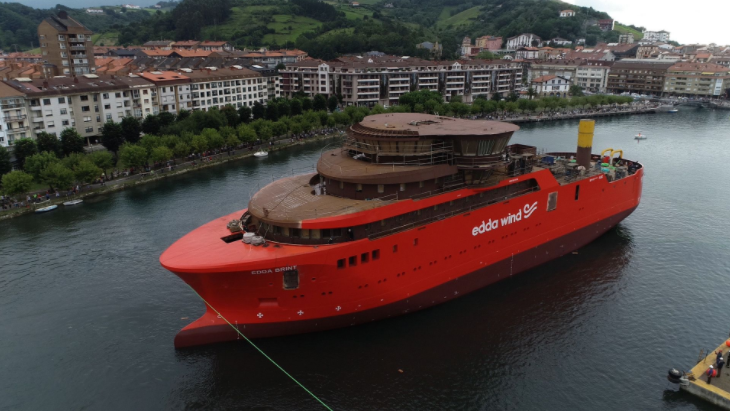