The vessel was built at Fujian Southeast Shipbuilding in China before coming to the Netherlands for completion. This follows a similar project completed in July this year at Oranjewerf, involving the sister ship VOS Start, Damen said.

The eight-week programme for VOS Stone involved a range of activities, including installation of a 50-tonne active heave-compensated, knuckle-boom crane, along with taut-wire, RadaScan, and Hipap from Kongsberg for the vessel-positioning system, a boat landing and system for fuelling crew-transfer vessels (CTV).

VOS Stone will also be the first vessel to use Ampelmann’s A-400 gangway system.

VOS Stone has been purpose-built to support offshore operations in the Renewable industry and walk-to-work projects in the Oil & Gas industry.

The vessel has already been awarded a contract by VBMS, a subsidiary of Royal Boskalis, to support inter-array cabling operations at the Arkona offshore wind farm, located in the Baltic Sea off the coast of Germany, during the first half of 2018.

In summer 2018, the vessel will undertake operations for E.ON, working on commissioning of the wind turbines at the same wind farm. 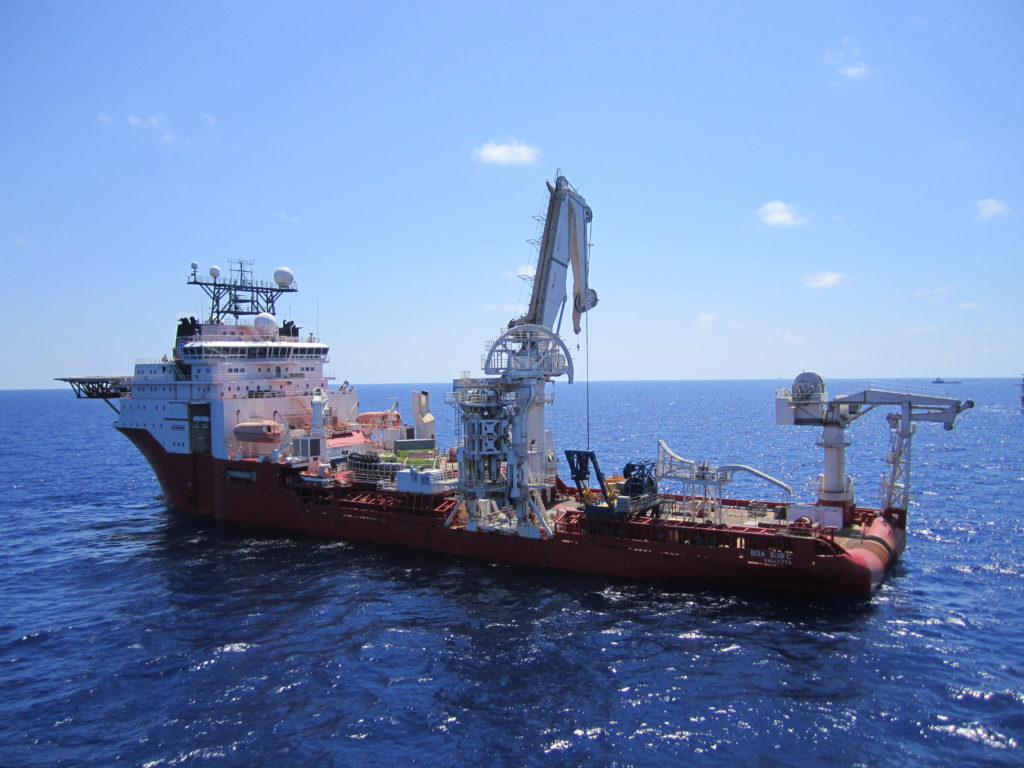