An owner of a U.S. Jones Act compliant wind turbine installation vessel (WTIV) needs a pipeline of at least 3,500MW of confirmed offshore wind projects on the U.S. East Coast to achieve a reasonable rate of return, a report by GustoMSC has shown.

The report, U.S. Jones Act Compliant Offshore Wind Turbine Installation Vessel Study, examines the functional requirements and costs of constructing purpose-built vessels that would comply with the Jones Act and meet the needs of the U.S. offshore wind industry.

A pipeline of wind farm projects was based on offshore wind development areas identified in New York, Rhode Island, and Massachusetts. This pipeline provided a framework to define physical parameters such as number, size, and weight of turbines; water depth; and type, size and weight of the foundations.

Using the cost data, a business model was created that showed 10 years of firm work, or a pipeline of approximately 3,500 to 4,000MW of offshore wind capacity, roughly equivalent to the expected low regional offshore wind deployment trajectory, is needed to achieve a reasonable combination of day rates (USD 220,000) and internal rate of return of 10% for the WTIV. For the feeder barge, approximately 16 years of work at a day rate of USD 85,000 is required to generate an internal rate of return of 10%.

However, if the full potential of the offshore wind areas on the East Coast is realized, including areas not considered in this study, several vessels may be justified.

The projected pipeline will require that a group of states and developers coordinate on an identified pipeline of projects, according to the report.

The report is one in a series of three reports which were produced for representatives of the Massachusetts Clean Energy Center (MassCEC), the Massachusetts Department of Energy Resources, the New York State Energy Research Development Authority (NYSERDA), the Rhode Island Office of Energy Resources, and the Clean Energy States Alliance, as part of the Roadmap Project for Multi-State Cooperation on Offshore Wind Development. 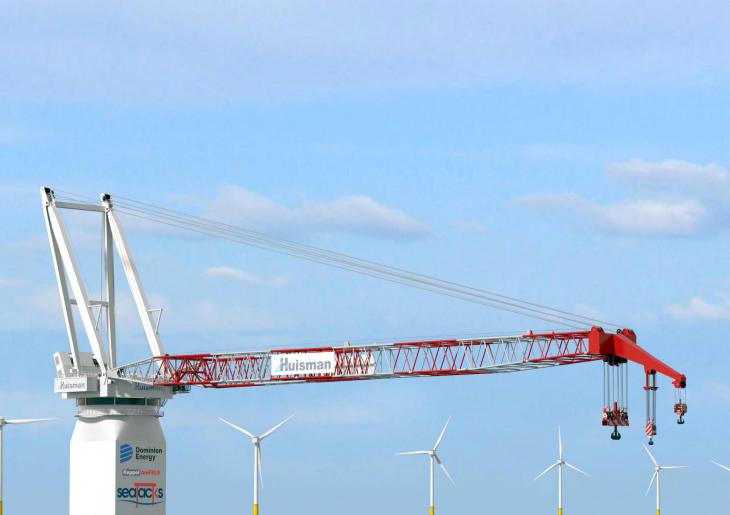