The 2MW Floatgen floating wind turbine project has reached another milestone with the installation of the transition piece onto the recently launched concrete floating foundation in the Port of Saint-Nazaire, France.

Floatgen will consist of a Vestas V80 wind turbine mounted on a square ring-shaped floating foundation, known as the Damping Pool, developed and patented by Ideol, the lead developer of the project, and built by Bouygues Travaux Publics.

The floating turbine is being assembled in the Port of Saint Nazaire prior to being towed and installed off the coast of Le Croisic, in Brittany, on the SEM-REV test site. The floater will be operated by Centrale Nantes engineering school.

Floatgen will be installed for an initial period of two years and the electricity generated will be injected into the national power grid throughout the operational period.

The aim of the project is to show the commercial potential of offshore floating wind turbines, as well as to underscore the industrial potential of this new sector which will lead to job creation on both a local level near the installation sites, where concrete is the main foundation construction material, as well as with the main suppliers. 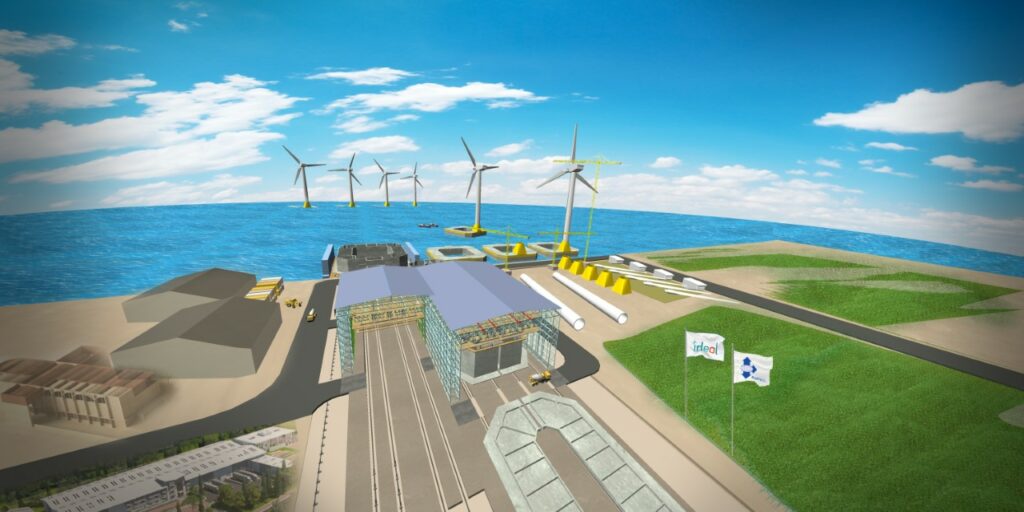