DONG Goes All Monopiles on Hornsea One

DONG Energy has decided to use only monopile foundations on the 174-turbine Hornsea Project One offshore wind farm.

In November 2016, DONG announced that EEW SPC would provide 116 monopile foundations for Hornsea Project One, and in early 2017 that 96 transition pieces would be provided by Bladt Industries with Offshore Structures Britain, and Steelwind with Wilton Engineering.

It was indicated previously that suction bucket jacket foundations were under consideration for the remaining third of Hornsea Project One, however until the details could be finalised, the project and suppliers have kept flexibility for a range of options, DONG said.

It has now been decided that monopile foundations will also be used for the remaining 58 foundations, and supply contracts including for transition pieces are in the advanced stages of negotiation, the Danish developer said.

The installation of the jacket foundations was awarded to Royal Boskalis Westminster, who in turn contracted SPT Offshore to install 174 suction pile foundations for the 58 jackets.

The needs of the 1.2GW Hornsea Project One, including timescales, have led to DONG taking the decision to use the same monopile/transition piece foundation solution for all turbines. This decision optimises the execution of the project, and helps ensure it will be built on time, according to DONG.

Hornsea Project One is located 120 kilometres off the Yorkshire Coast and covers an area of 407 square kilometers.

The wind farm will comprise 174 Siemens 7MW wind turbines, and once fully operational in 2020, it will be the largest offshore wind farm in the world.

DONG Energy is the sole owner of Hornsea One. The company also has the project rights to the Hornsea Project Two and Three, which have the potential of further 3GW offshore wind power capacity in total. 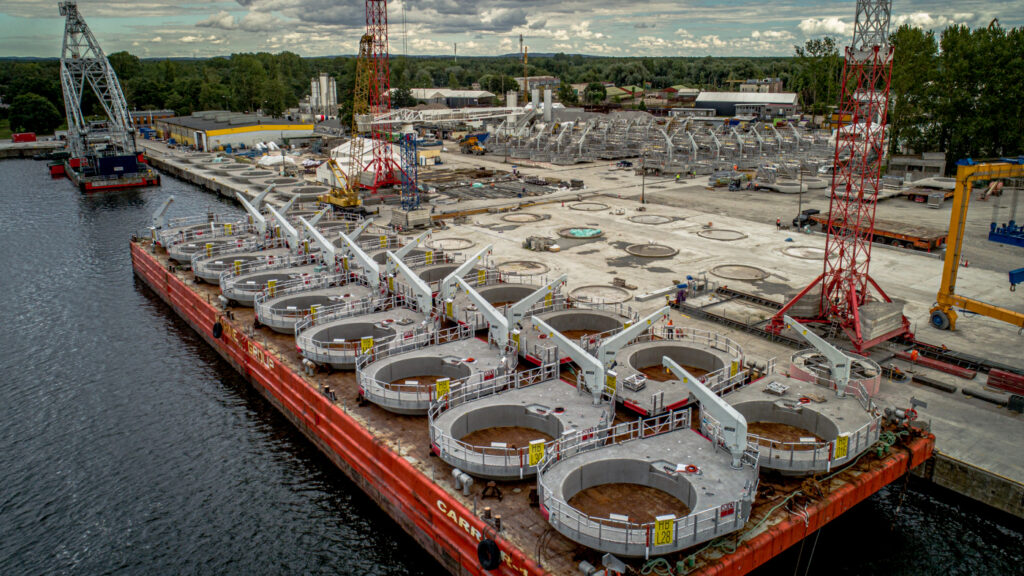