The multi-million pound contract was signed in Port Clarence in Middlesbrough on Monday, 6 February.

DONG Energy and Steelwind Nordenham have previously collaborated on the 450MW Borkum Riffgrund 2 wind farm project for which the German company was contracted to provide 36 foundations.

Duncan Clark, Hornsea Project One Director, said: “We are delighted to be working with Steelwind again and it’s great to see UK firms like Wilton Engineering build their capabilities to supply the offshore wind industry.”

“As we work with more UK firms on these multi-million pound contracts we’re really seeing the regional benefits too, such as job creation and economic growth. For these firms, this could be the start of a lucrative journey as the offshore wind industry is growing very quickly,” Clark said.

”The growth is not limited to the UK so as well as supporting projects here, firms that are able to demonstrate their ability could potentially look forward to export opportunities too.”

Wilton Engineering will outfit the transition pieces with boat landings, internal platforms for cables and other electrical equipment and platforms. Before they are deployed, the steelwork is protected from the marine environment with a cathodic protection system and a high specification coating.

“The UK is the global leader in offshore wind so we are really focussed on building our UK supply chain. This contract is the beginning of a long-term strategic partnership with Wilton Engineering, who we have worked with before and know will deliver good quality services on time,” Dr Ralf Hubo, Managing Director of Steelwind said.

Hornsea Project One will comprise 174 7MW Siemens turbines installed across an area of 407 square kilometers some 120 kilometres off the Yorkshire coast. The wind farm is scheduled for commissioning in 2020.

DONG Energy is the sole owner of Hornsea One. The company also has the project rights to the Hornsea Project Two and Three. The two projects have a combined capacity of 3GW. 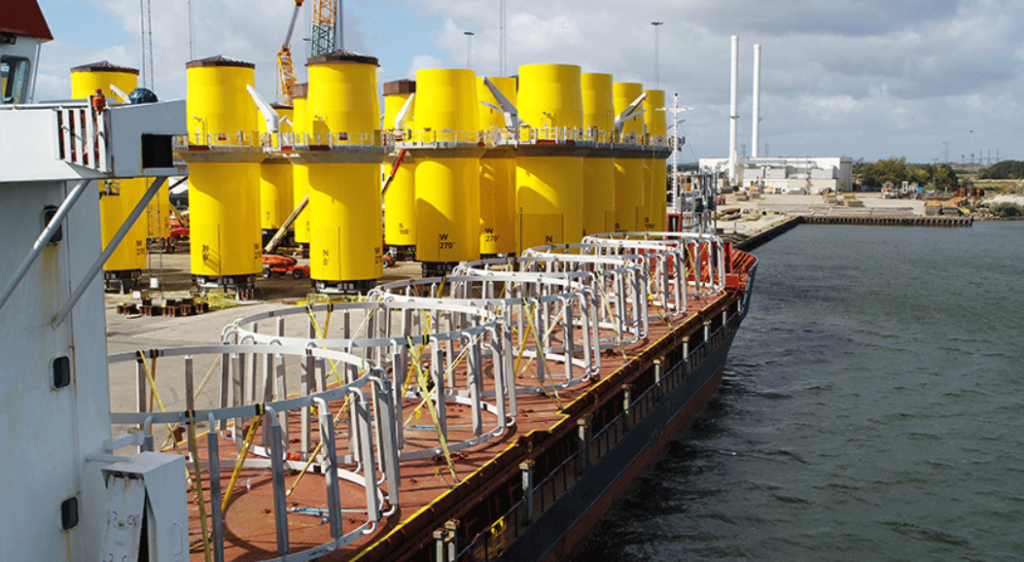