What can be done to achieve lower costs? Which technology is required and where can companies and industries collaborate? Offshore WIND spoke to ECN’s expert in wind energy Peter Eecen on new insights that follow from ECN’s work within FLOW, the Far and Large Offshore Wind collaborative research programme.

Eecen is very familiar with the role that offshore wind energy can play in the transition towards a sustainable energy system: “As research & development manager within the wind energy department at ECN, the Energy Research Centre of the Netherlands, I determine what research will be carried out now and in the near future. The offshore wind industry has changed substantially as can be seen. From 2000 when the first commercial offshore wind farms arose to the mature industry it is now in 2016 with many large companies involved. Investments in offshore wind are vast as is the upscaling in the industry. It truly has become a commercial, professional and vast economic industry.”

ECN aims to help implement offshore wind, to support it to become cost-competitive and to stimulate companies in economic and sustainable growth.

In the five years since FLOW was initiated, wind energy at sea is now approximately halfway at the 40 per cent cost reduction since 2010, and this is a feat in which FLOW had a substantial share. “All aspects of offshore wind have been researched from foundation design, to installation and how to do this with less impact (i.e. less noise) and how to arrange electrical connections reliable and efficiently. Just as important as the technical result are the social and economic aspects”, says Eecen.

Many companies, from wind turbine manufacturers, offshore contractors through to ship builders, collaborating with research institutes and universities to realise a cost reduction for offshore wind, stimulate the Dutch green economy and to strengthen the dominant position of the Dutch offshore sector in the offshore wind farms in Northern Europe within FLOW.

Eecen: “At ECN we want to make offshore wind reliable and more efficient while implemented faster. We were one of the initiating FLOW partners, which has developed well, though consisting of various different projects, there is cohesion and no stone is left unturned. All companies involved in FLOW were committed. We started off with eleven companies and have grown to 15. Among others Van Oord, ECN, TU Delft, Deltares, MARIN, ENECO and RWE.”

“For example”, continues Eecen, “ECN worked on developing larger blades as well as working on the design and maintenance of monopiles. Operating an offshore wind farm is relatively expensive and when a turbine shuts down you cannot always access it immediately. This means turbines must be robust and redundancy is an important asset. We worked on the O&M optimiser that collects all the data within an offshore wind farm. Using smart algorithms an operator can learn a lot from the data and make intelligent decisions. Which gearboxes have failed? Were they to heavily loaded? Maintenance is a contact consequence of operating an offshore wind farm, so knowing the status of all the turbines is essential.

A new glass fibre sensor was developed, which is already calibrated when it is installed. It measures the mechanical strains on the rotor blades. When applied to several turbines within a farm, the input can be translated to all turbines in that same windfarm. It means an operator can optimise their maintenance. Minimise impact, yet maximum output. The sensor has a long life expectancy.”

Wind measurements at the North Sea have been performed in the FLOW consortium: e.g. a 100 metre high met mast was installed more than 80 kilometres from the coast of North-Holland. ECN performed the measurements at the RWE mast ‘IJmuiden Ver’. This data is very important for the development of the wind farms at Borssele and Hollandse Kust.

Eecen: “Like many others, I was surprised by the competitive price of the DONG bid for the Borssele sites I&II, though it was always an industry aim to bring down the LCOE. Regardless of the political or economic motivation, the industry also needs to have faith that we can get down to competitive price levels. It is incredibly good news and should stimulate the offshore wind industry. The Dutch government supplied a huge amount of data for the Borssele site which resulted in the lower prices than expected. Further to that, the grid will be installed by TenneT, another cost-saver of around 10 per cent by leaving less risks to the operator, leaving it in the capable hands of TenneT. I do believe that the Dutch Government is an example to other countries of how to implement large offshore wind farms and to help industry where possible.”

FLOW also looked into walk-to-work vessels, such as the Ampelmann. “These systems are heavily used within offshore wind, as the systems allow for easy and safe transport of personnel to a wind farm. Offshore wind has often used many oil & gas ideas and concepts. Currently we see a different spin-off, where oil & gas uses offshore wind knowledge and technology. Oil & gas companies also need to reduce costs fast”, comments Eecen.

Returning back to offshore wind Eecen states that the main goal is that at a certain moment, wind farms can be realised without subsidy. Next to that the general public must embrace sustainable energy in order to meet climate requirements and as a result many more wind farms need to be realised.

Not just one solution

“To say it positively”, concludes Eecen. “There is not just one aspect to be solved many small innovations and improvement need to be implemented to have an impact on cost reduction. The fact that the Dutch government is assisting with cohesive R&D programmes helps a great deal. 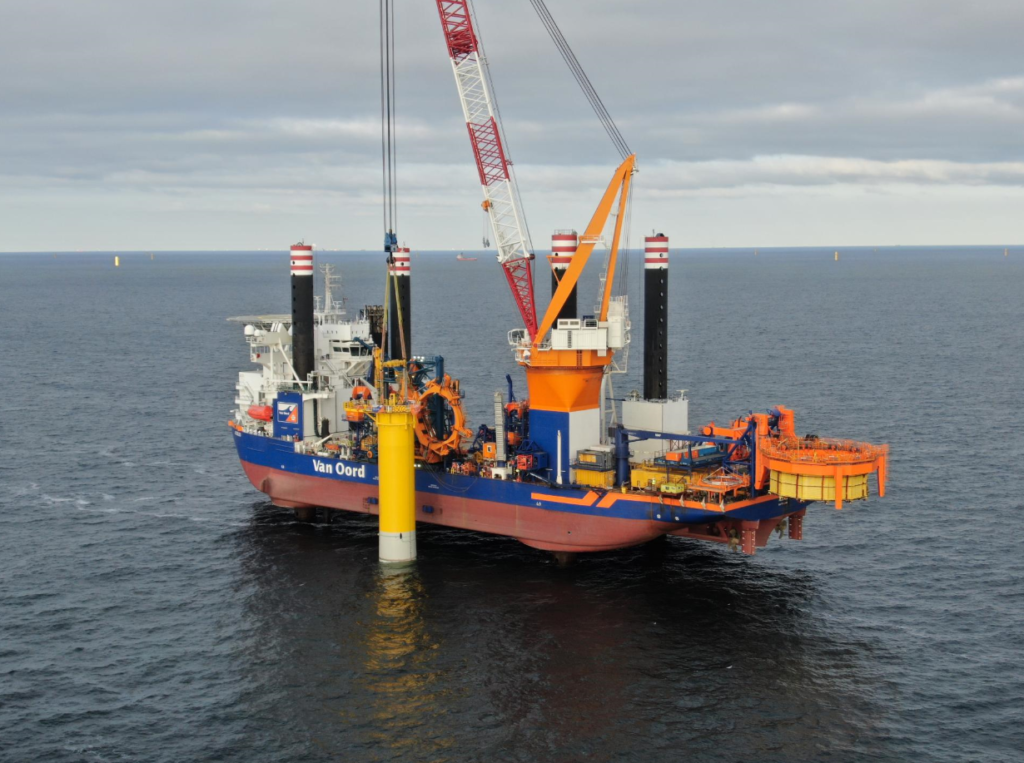