“The importance of this day cannot be overstated. The Block Island Wind Farm is our Apollo 11 moment,” said Emily Norton, Director of the Massachusetts Chapter of the Sierra Club.

The 30 MW offshore wind farm, which brings 300 new jobs, will produce enough electricity to power all the homes and businesses on the island, replacing the diesel generators that the islanders previously relied on, while also sending power to the mainland through a newly installed undersea cable.

Emily Norton added: “I am going to remember this day, and tell my kids and grandkids that I was there when the first U.S. offshore wind farm was built — that when we had a choice between bequeathing them a future powered by polluting fossil fuels that lead to extreme storms, heat waves and drought, we chose to power their future from the wind, and the sun, and smart technologies.”

Bruce Nilles, Senior Campaign Director of Sierra Club’s Beyond Coal Campaign, said: “New England has stepped up as a leader in wind energy and shown us that clean, homegrown power is real, ready, and reliable.”

The project was originally conceived in 2009 when Deepwater Wind signed a contract with National Grid to provide 30 megawatts of power to Rhode Island and is sited in Rhode Island state waters.

The Block Island Wind Farm project is just the beginning of a burgeoning offshore wind industry in the United States, Sierra Club highlighted in its press release issued yesterday.

The Bureau of Ocean Energy Management has designated a wind management area off the coast of Rhode Island and Massachusetts that has the potential to generate as much as 9,000 MW of clean wind power, which, if fully harnessed, would power 700,000 homes and create 43,000 offshore wind-related jobs on the east coast by 2030.

Photo: Buzz Aldrin and the U.S. Flag on the Moon (NASA) 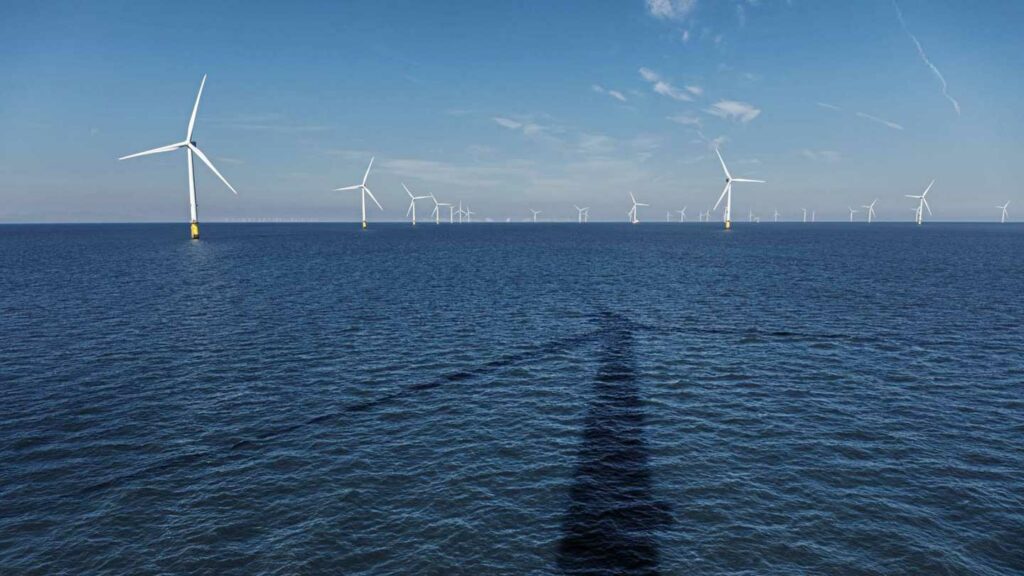