SIF Group and BOW Terminal Vlissingen have signed an agreement to renew their cooperation which will now cover Sif Group’s new terminal at Maasvlakte 2 in the Port of Rotterdam.

The new agreement includes work on the coordination and implementation of both horizontal and vertical transport for all SIF Group projects at the new terminal.

Back in June 2015, Sif Group signed and agreement with the Port of Rotterdam for the construction of a production, storage and load-out terminal at Maasvlakte 2.

Sif Group will use the 42-hectare terminal to produce steel foundations for offshore wind farms and the oil and gas industry. The two companies expect to start collaborating at the new terminal in late August.

Sif and BOW Terminals have already collaborated on previous projects at the BOW Terminal in Vlissingen. Both parties see the collaboration as an important step in starting up and professionalising the logistics of the new terminal at Maasvlakte 2.

Jan Bruggenthijs, CEO of SIF Group, said that with this cooperation ”the best possible service can be provided to the owners of installation ships used for offshore wind foundations, ranging from supply of foundation components with weights of up to 2,000 tonnes to crew changes.”

Ludolf Reijntjes, Managing Director of BOW Terminal, said: “The fact that SIF Group has chosen BOW is something we see as a real testament to the good service provision in the past. We will ensure that the new collaboration will be a success. The site on the Maasvlakte is large enough to also initiate other activities alongside Offshore Wind. Having a deepwater quay and logistics equipment really allows for any number of possibilities.” 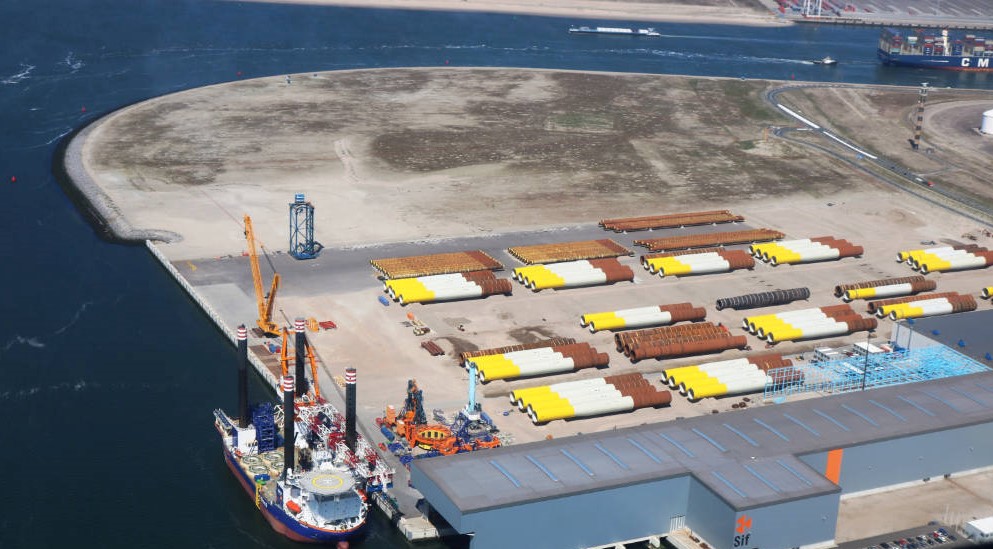