For the past year, the WIN WIN joint industry project (JIP) partners have worked to develop the concept of using floating wind turbines to power a water injection system in detail, and assess its technical and commercial feasibility. Technical and operational aspects as well as costs have been assessed.

No major challenges have been identified through the JIP’s study. Analyses of system performance examining site specific cases from JIP partners have shown that WIN WIN is able to meet the operator’s key performance requirements such as injection volume targets, as well as reliability and minimized downtime.

“For the first time we can now see renewable energy as a large scale source of power to offshore oil & gas operations. By utilising the recent developments of floating offshore wind turbines this concept can offer a clean, reliable, and cost effective alternative for powering water injection in offshore locations. The WIN WIN project showcases that the oil and gas industry can become a creative force in solving the world’s energy trilemma by driving development of reliable, clean and affordable technologies. This is a win for both the oil and gas and for the wind power industries,” said Remi Eriksen, Group President and CEO of DNV GL.

“We are encouraged by recent advances in wind technology, particularly for niche applications such as offshore oil and gas operations,” said Sara Ortwein, President of ExxonMobil Upstream Research Company. “Such technological advances improve the economic feasibility for wind to contribute to the overall energy supply mix.”

“Supplying clean power to oil & gas installations was part of the original idea behind Statoil’s Hywind concept,” says Hanne Wigum, Head of Renewable Technology Development in Statoil. “The WIN WIN concept represents an alternative source of electricity and has the potential to open up new opportunities for field development.”

The costs for wind powered water injection have been compared with a conventional alternative where water is injected via a flow line from the host platform. While the WIN WIN technology has higher operational expenditures (OPEX) compared to a conventional alternative, the significantly lower capital expenditure (CAPEX) means that it compares favourably over the long term. WIN WIN is therefore a commercially competitive alternative in a range of cases, particularly when host platform capacity is limited or injection wells are located far away, DNV GL said.

“For the specific example case assessed in the report, we are looking at a potential cost saving of approximately 20 percent compared to a conventional solution. This will of course vary greatly between cases,” said Johan Sandberg, project sponsor and segment leader of floating wind turbines at DNV GL.

“To develop the concept further, a next step would be to test critical subsystems in a small scale physical set-up. The key objective would be to gain assurance that the components integrated in this configuration will offer satisfactory performance over time with a variable power input. A potential phase 2 of the JIP is being explored with some of the current JIP partners,” he added. 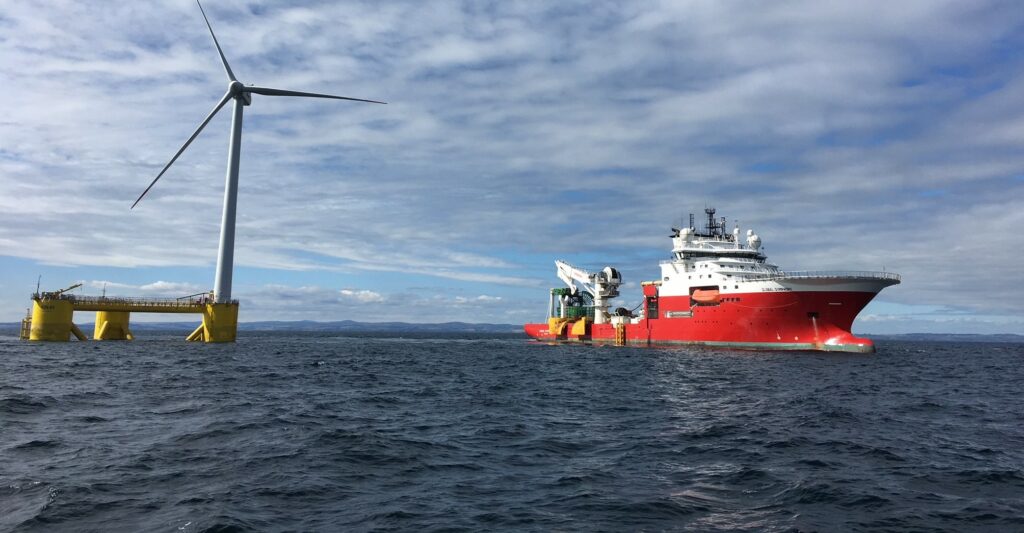