Construction of Berth 4 Starts at Cuxhaven

Lower Saxony’s Minister of Economics, Labour and Transport Daniela Behrens has officially launched the construction of the berth 4 at the port of Cuxhaven to meet the rising demand and complement the existing development projects, including the construction of a wind turbine factory by Siemens.

The 240-meter quay will be able to accommodate ships with a draft of up to 14.30 meters and has adjacent storage and handling facilities covering an area of approximately 8.5 hectares.

“With the construction of the berth 4 in Cuxhaven, we are taking an important milestone for the further development of the Cuxhaven harbour,” said Minister Behrens.

”The country has expanded the port of Cuxhaven in recent years to become the leading offshore base port on Germany’s North Sea coast. With the settlement of Siemens, the construction of the German offshore industrial center, and the new berth, Cuxhaven’s position will be strengthened.”

The EUR 36 million project is financed by the European Commission, and is expected to be completed by the end of 2017.

The state-owned Niedersachsen Ports GmbH & Co. signed a contract for the operation of the berth 4 with Cuxport GmbH.

In August 2915, Siemens announced a EUR 200 million investment in a turbine factory at the port of Cuxhaven. The new production facility will be located directly at the edge of the harbor and will have a surface area of 170,000 square meters.

The production of the first components at the factory is scheduled to begin in mid-2017. 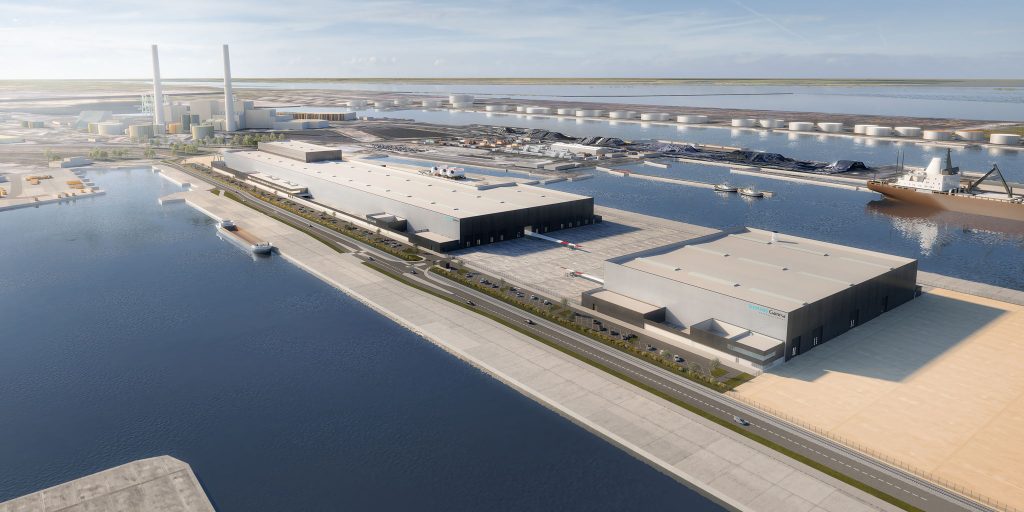