The first BlueTEC Tidal Energy platform was formally named by the Mayor of Texel, the Netherlands yesterday.

The floating platform, which holds tidal turbines below the sea surface, will soon be positioned near the island of Texel – supplying clean electricity to the Dutch grid.

This first BlueTEC will serve as a demonstration platform targeted at remote locations world-wide, such as islands in Indonesia, Philippines and the Pacific. It is also the start of further devel-opment of higher capacity tidal energy platforms, to be deployed in large farms.

Bluewater’s Head of New Energy Allard van Hoeken said: “It is wonderful to see the Texel tidal energy project come to reality. Today’s ceremony puts us a step closer to our goal of putting an all-in-one tidal energy platform on the market and delivering clean, local and endless energy to the world.”

The naming ceremony for the BlueTec floating tidal platform was held at the Port of Den Helder.

The coming weeks, the platform will be installed offshore the island of Texel and connected to the Dutch electricity grid – starting its electricity production before summer.

The platform is a development of Damen’s modular barge system – a flexible product that can be put into effect in the construction of a wide range of vessels from dredgers and jetties to ferries and pontoons. 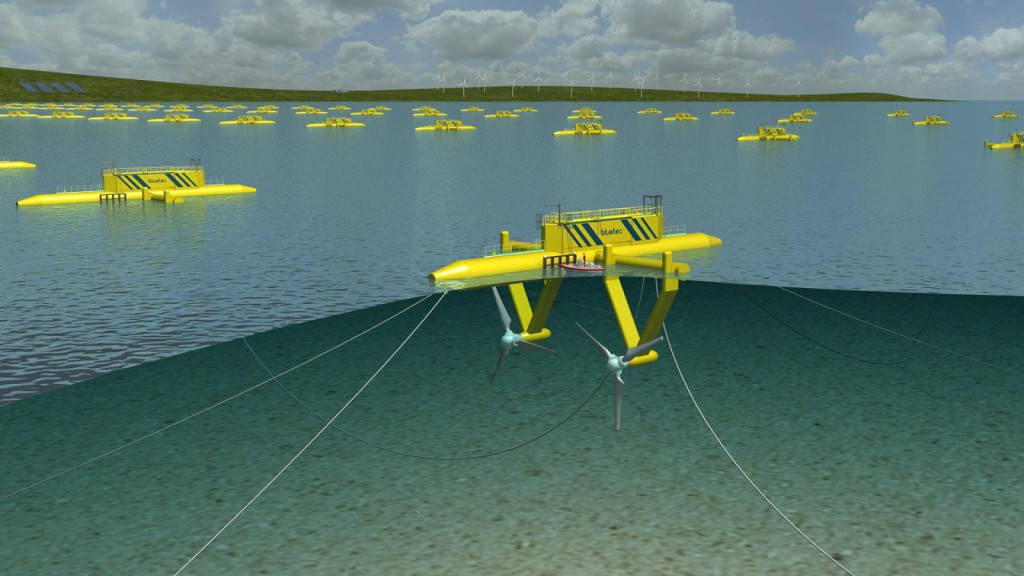