Today, the offshore wind farm DanTysk, located 70 kilometres west of the island of Sylt, will supply the German electricity network with its first wind power from the North Sea.

The 80 wind turbines are now successively in the commissioning phase for the production of electricity. DanTysk is then expected to be fully connected to the grid, and to be delivering at full capacity by spring-time 2015.

The electricity from each of the 80 wind turbines is transmitted to the wind farm’s own offshore substation at a level of 33 kV AC by 88 power cables with a total length of 108 kilometres (known as the inter-array cabling). From there, the AC energy is sent to the converter station of the network operator Tennet, at a higher voltage of 155 kV. Then, in order that the electricity can be transported with a minimum loss possible over a distance of around 200 kilometres – to the town of Büttel in Schleswig-Holstein – the electricity is converted into DC energy at Tennet’s converter station.

“We’re very pleased to be able to report the beginning of power generation from DanTysk. With this project, and its sister project ‘Sandbank’, which will follow in 2015, we, together with our partners at SWM, are making a significant contribution to the further expansion of renewable energy in Germany. I thank our project team, all employees and participating companies for their outstanding achievement as a team,” says Gunnar Groebler, Head of the Renewables Business Unit in the regional unit Continental Europe/UK at Vattenfall.

“With the feed in of the first electricity we reach another significant milestone. The production of renewable energy has now begun at DanTysk and offshore wind energy has become reality. Several years of planning and construction are proven successful. SWM are proud to have Vattenfall as a powerful and reliable partner, who is able to implement such large-scale projects. Our special thanks goes to the whole offshore team.”

The DanTysk wind power plant includes 80 wind turbines in the 3.6 megawatt (MW) class from manufacturer Siemens, with a height totalling 150 metres from sea level to the tip of the rotor blade. DanTysk is spread across an area of 70 square kilometres (around 7000 football pitches) in the German exclusive economic zone (EEZ) on the border with Danish territorial waters and has an installed capacity of 288 megawatts (MW). Vattenfall began construction work on the first wind turbine (on the previously constructed foundations) in mid-April 2014 and was able to complete the installation of the 80 plants in around four months.

The wind power plant will generate climate-neutral power equivalent to the consumption of up to 400,000 households. DanTysk is a joint venture of Vattenfall (51%) and Stadtwerke München (49%). The commissioning is due for completion in spring-time 2015, after which point the DanTysk wind power plant will be put into regular operation.

The erection of the offshore accommodation platform for service employees, who will oversee ongoing operations of DanTysk, is expected to start in spring-time 2015. 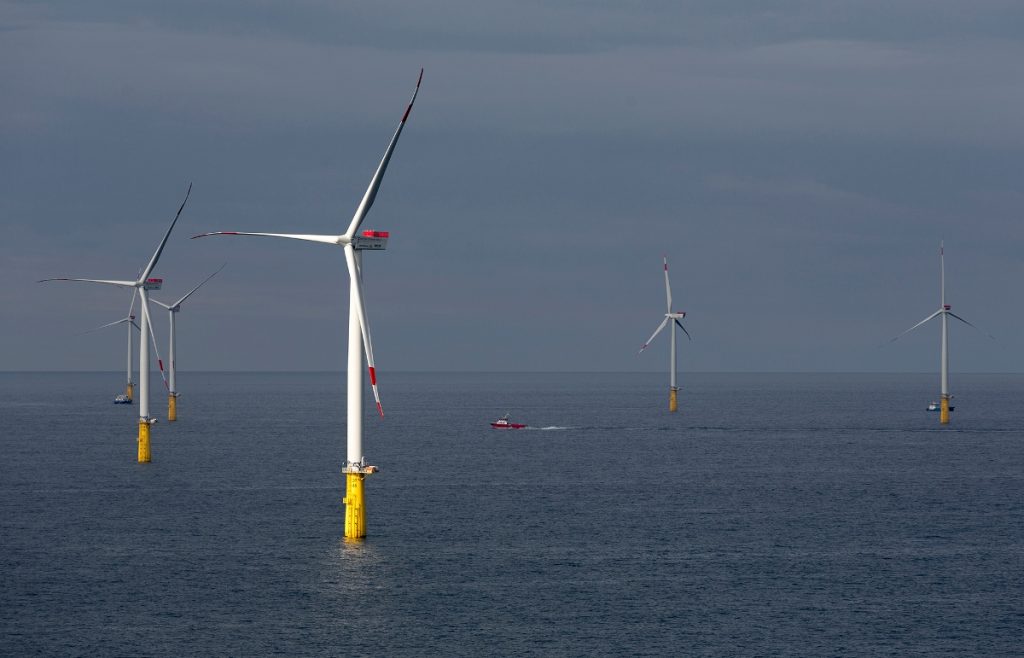