Tests on the 1:5 scaled NEMOS prototype running from July through October in Danish Limfjord have been completed.

The company implemented the complex control strategies, the automatisation of the hole systems as well  as all components proved to be reliable.

During the testing, funded by Danish Nissum Bredning, the prototype has verified the PTO efficiency of up to 80%. The positive outcome of this year’s Nature series of experiments seals the implementation of the current concept in the 1:1 prototype in 2016th.

The NEMOS-system consists of an elongated floating body which is connected to the seabed by three ropes.

For protection from extreme wave loads in heavy storms, the system can be lowered to calmer water. 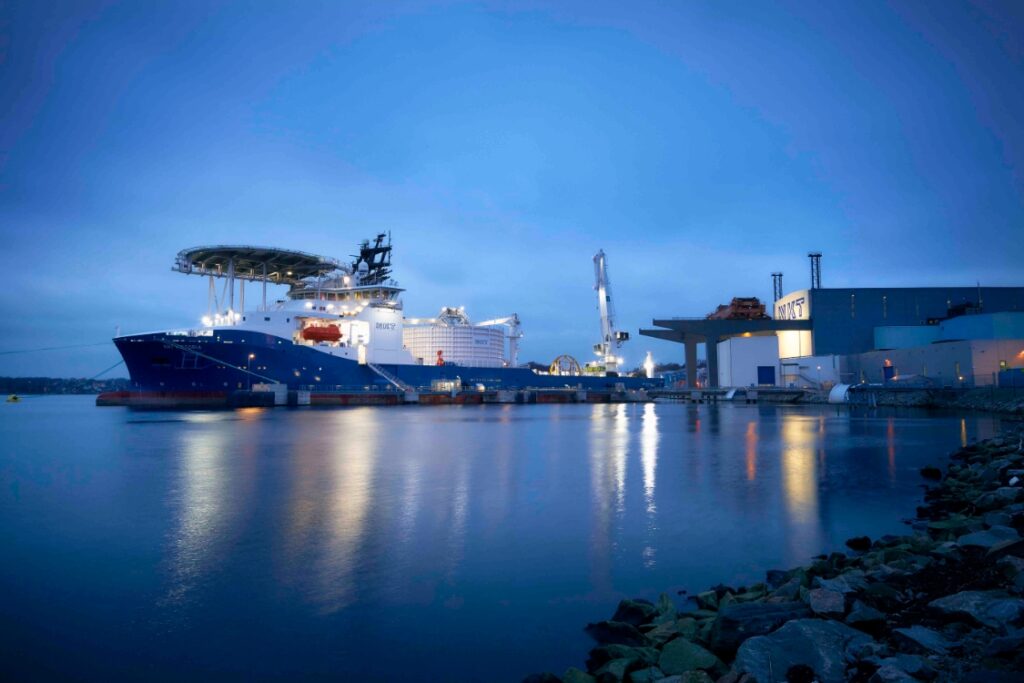