International Conference on Ocean Energy to Be Held in Canada

Nova Scotia will have an opportunity to showcase the province’s marine renewable energy resources, skills and expertise to more than 650 delegates from 25 countries attending the International Conference on Ocean Energy from Nov. 4-6 in Halifax, Canada.

The fifth, bi-annual event is being held outside Europe for the first time. It will be hosted by Marine Renewables Canada, in partnership with the Governments of Canada, Nova Scotia, and New Brunswick, and the Offshore Energy Research Association.

“Nova Scotia is recognized globally as a centre of excellence for tidal energy development,” said Energy Minister Andrew Younger. “The province is already home to the Fundy Ocean Research Center for Energy in the Bay of Fundy, as well as a world-class ocean technology sector and some of the best marine researchers in the world who are exporting their skills and expertise to global markets.”

FORCE, a non-profit agency, aims to build the infrastructure international developers need to get their energy generation to the electricity grid.

Last week, FORCE installed four subsea cables in the Minas Passage, allowing developers to connect turbines to these cables and then feed electricity into the Nova Scotia power grid. FORCE now has the largest electrical infrastructure of any in-stream tidal centre in the world.

The conference is focused on advancing industry development through collaboration. The three-day conference agenda includes presentations from Nova Scotia industry experts on topics ranging from the impact of energy extraction on the environment, to supply chain best practices, among others. 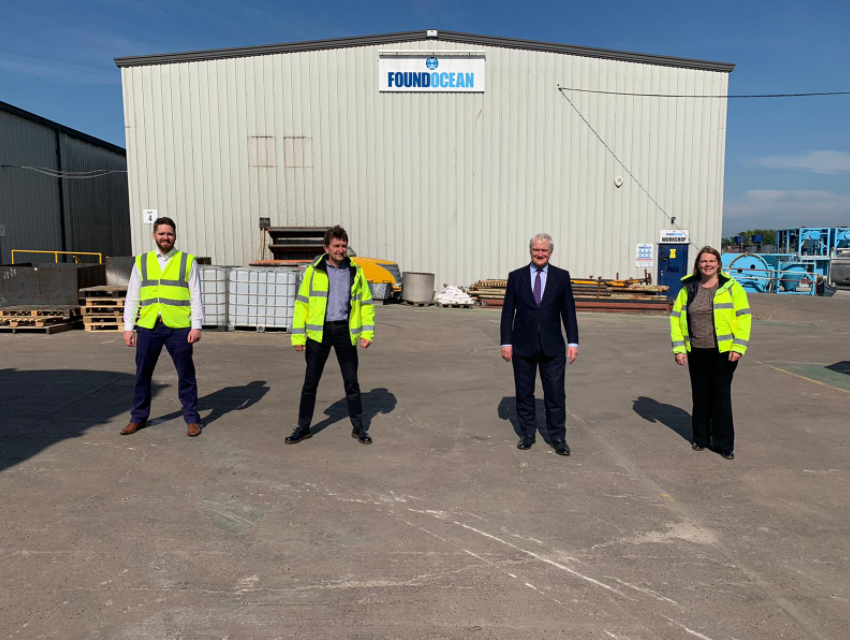